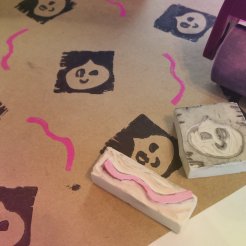 Let’s bring the year to a close with the final instalment of Culture Collection in 2016. Starting with a few post-Christmas curiosities, here’s a handmade, Dragon Quest-inspired diorama that Jeremy (of Ribbon Black) made for his brother, complete with custom Slime wrapping paper stamps. It’s too cool for words!

Another handmade item, this time from Birosama1217, who was featured in our 8-bit Shugei Culture Collection special – a cute Christmas wreath adorned with bead pixel art.

This cardboard Snorlax, shared by taro_2x4, was spreading some festive cheer amongst seasonal shoppers.

EDITMODE‘s Chicano takes a quiet moment to play some Famicom Pinball. Photographed at THE KING OF GAMES’s winter pop-up shop, which we talked about before the Christmas break. 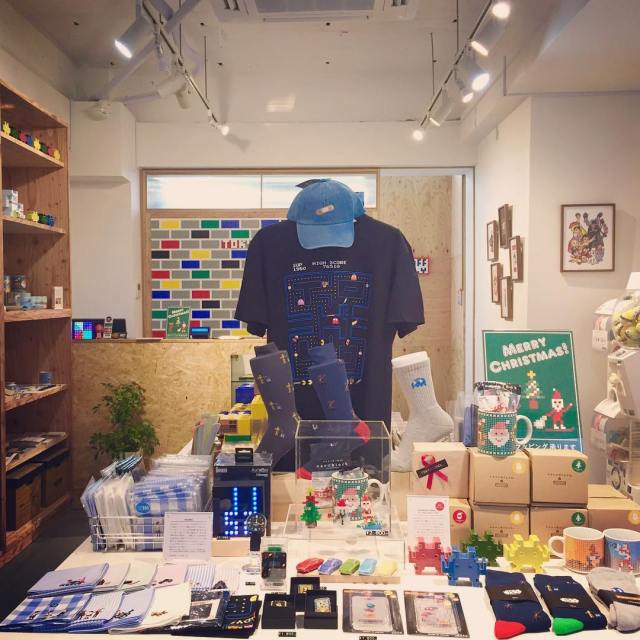 Moving on from Christmas but keeping to the topic of cool shops, Kuramae was recently graced with the brief presence of an interesting looking store run by TOKYOPIXEL. A nice selection of low-fi style goods and apparel were available – the store has closed for the year, but you can still browse their wares on their online store before they re-open in January.

Coderxbaker never fails to impress me with his custom-made cookie cutters and other gaming-inspired edible treats. It was hard to pick just one set of his designs to showcase in this article, but I was eventually swayed towards this plethora of NES-era sprite biscuits.

Baking and 3D printing seem to go hand-in-hand. Kazzycom got his hands on this incredible cutter inspired by the Famicom Disk System’s mascot, Diskun. As someone who recently made biscuits using a cutter shaped like the head of Tommy Pickles (yes, of Rugrats fame), I’m quite genuinely envious. 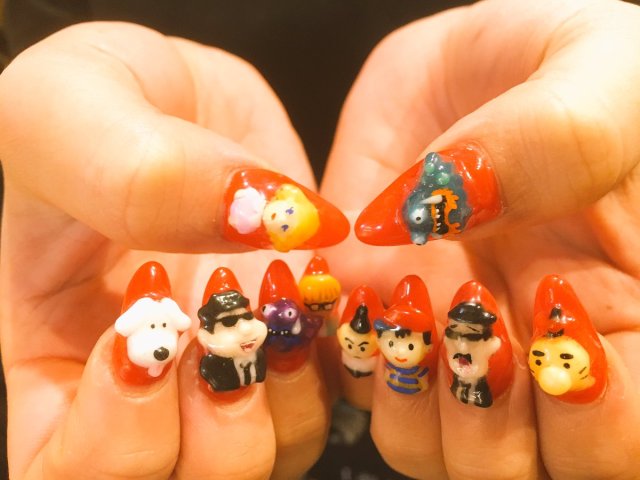 Some more fan creations now. Chiptune artist Professor Sakamoto photographed this amazing 3D MOTHER 2-themed nail art. No clue how the artist behind the design managed it, but it’s certainly a sight to behold!

I have my doubts about the authenticity of the Nintendo branding on Miki800‘s disposable camera – it’s definitely cute though. 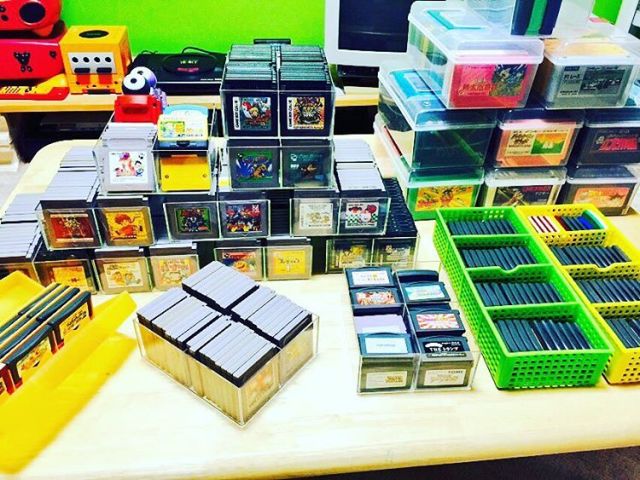 …As for this Hard-Off store visited by Robopan? Not so much. Ah well, it may not be so tidy, but there’s bound to be some treasures buried amongst that jungle of peripherals. 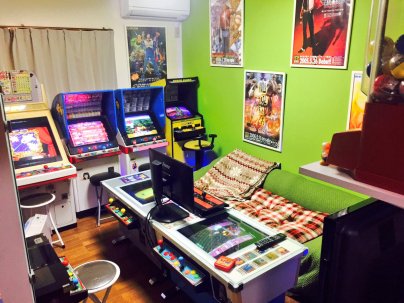 Back to Hacna quickly, whose keen organisational skills extend to their entire game room, which I’ve enjoyed seeing on Twitter and Instagram throughout 2016.

The same goes for yoshi420_0203‘s room. I’m a total sucker for Famicom carts displayed on walls.

A different kind of gaming set-up now. The Famicom Mini looks right at home in this distinctly Showa-era style living room photographed by Hiromgogo. It’s the TV that makes it. 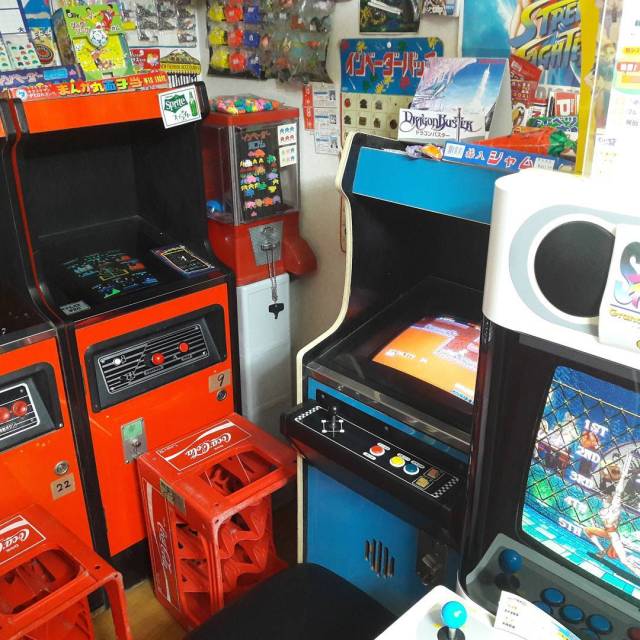 This shot of an arcade setup in Niigata, taken by ArcadeEvents, certainly doesn’t look like the most comfortable in the world – those Coca-Cola crate seats get top marks for style, however.

Another shot from EDITMODE. Moving office means packing things away, something that can easily become stressful, but likely less so when you get the satisfaction of unpacking a hefty selection of Famicom Disk System games once you’ve reached your destination. 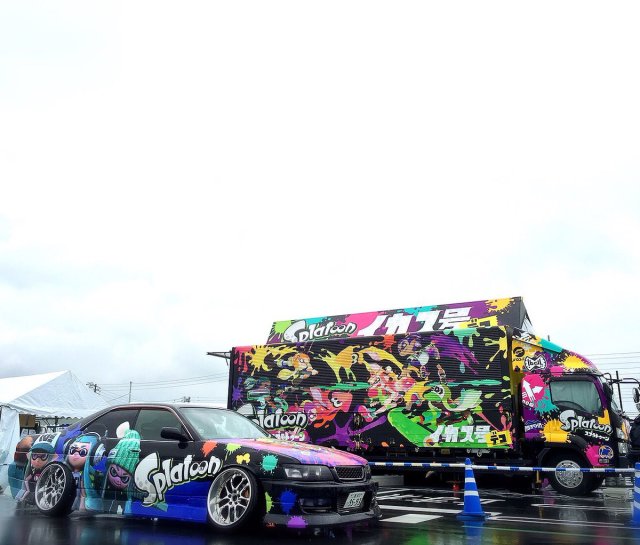 Now it’s pretty clear that Splatoon has a lot of fans, especially in its country of origin, Japan. The question is, are any of those fans dedicated enough to drive this Inkling-clad sports car, parked up near Nintendo’s nationwide Splatoon Koshien Tournament? The answer is yes – GIGA_SH, who took the photo, owns a Splatoon car for some reason. It got him the chance to meet the game’s producer Hisashi Nogami though, so clearly driving such an eye-catching ride has its perks.

Now if you thought that was overkill, take a look at this Darius-inspired motor, snapped by Red_Magician. It’s not quite as flashy as the Splatoon car, both in its choice of artwork and the make of the car itself, and could very possibly pass for a regular car if not for the huge “WARNING!!” sign as seen in the Dariusburst games – a true show of passion, if nothing else. 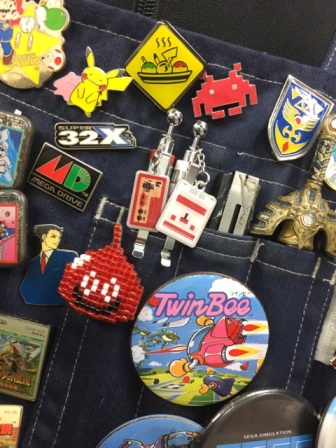 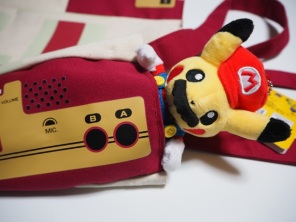 Some more shots from Miki800. I’m very envious of anyone who gets their hands on this recently released Famicom stationary and it’s a pleasure to see Nintendo paying homage to their classic home system in some more unexpected ways. Miki has done a full write-up of the entire stationary range, complete with pictures, that you should definitely check out.

Let’s conclude with a different Miki – Miki7722 – and a brightly coloured picture. Famicom carts and mandarin oranges make for a surprisingly appealing combination. There’s even a dead Yamcha there too, poor bloke. Clearly more of a Sega Mark III and apples guy.