It’s been far too long since our last games culture showcase, so let’s start by going right back to the end of January, where a sighting of a Godzilla-like monster attacking Kyoto Tower became the hot topic for Japanese Nintendo fans on Twitter.

Fortunately, this wasn’t a real-world Kaiju flick playing out, but an error message that terrorised Nintendo’s online store as fans swarmed to pre-order the upcoming Switch console. With traffic high, the graphic was displayed for so long that fans even began to create fan-art inspired by it – the biscuits above, shared by pirorit_tw, being a personal favourite take. Who knows if this monster will ever surface again, but for the few hours it stared eager Nintendo customers in the face, it received the privilege of receiving the kind of attention that’s normally reserved for the likes of Mario and Link.

Kaj2nd‘s chocolate NES controllers do an impressive job of capturing the iconic layout’s size and scale with authenticity. 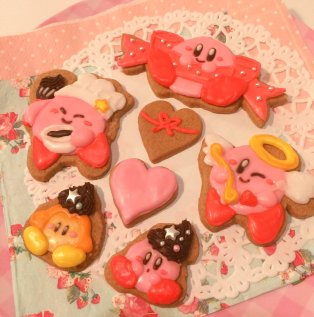 These Kirby-themed biscuits were shared by sokms2, who boasts some exceptional icing skills. Bonus points for the apposite Cupid Kirby appearance.

More hand-made Kirby goodness now, these laser-cut pins from EDITMODE and shared by the MHz Shop. The appealing sprite-work found in Kirby’s Adventure transfers remarkably well onto a wood finish. 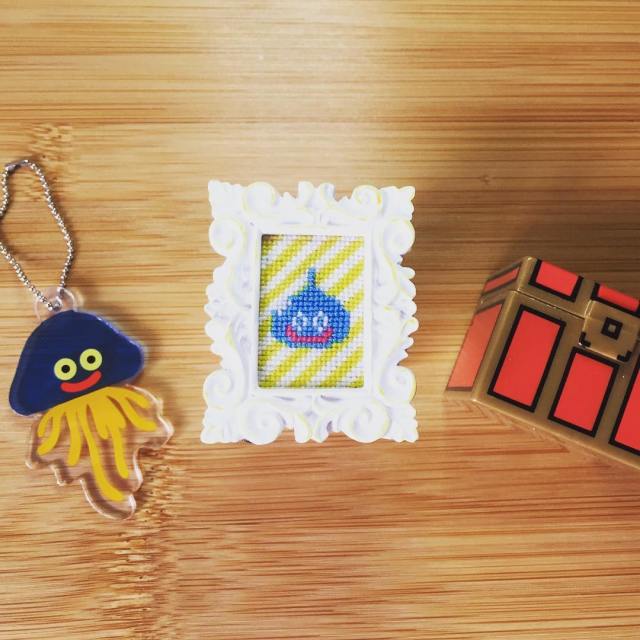 Nyata_ko‘s cross-stitched Slime portrait is framed like a gallery-worthy piece of art – a nice callback to some of the Dragon Quest-inspired needle-and-thread work featured in our ‘8-bit Shugei’ Culture Collection special.

This artist’s impression of Bomberman‘s titular protagonist by jumafas hangs in a gallery of its own, namely the coin cell battery inside of a Mario Paint cartridge. 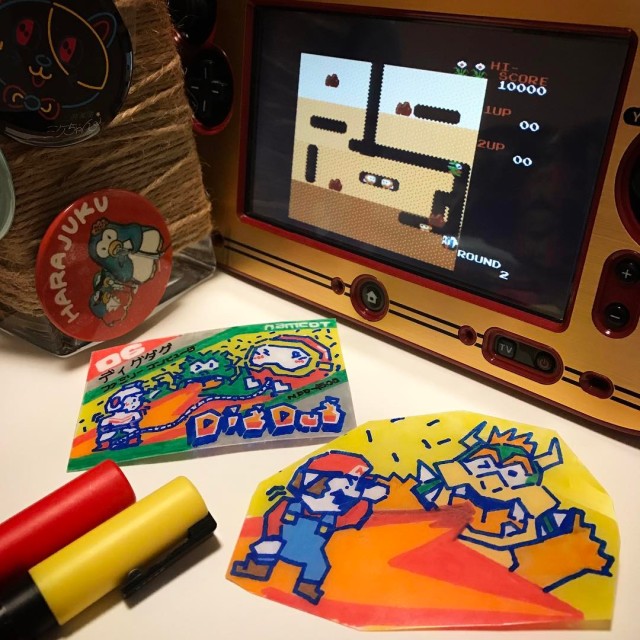 Miki7722‘s take on Mario and Bowser in the spirit of Dig Dug‘s stylised cover artwork struck a personal chord, as someone who grew up on a diet of many of Namco’s early arcade classics thanks to shifty plug & play TV ‘consoles’. 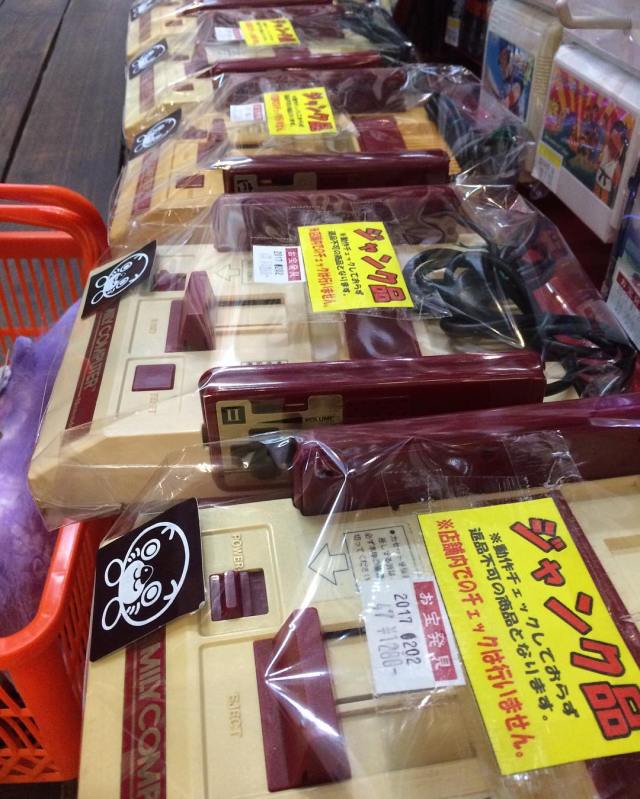 Here’s the token Culture Collection selection of old consoles bunched together, this time snapped by grownassnerd. These Famicom units are labelled as “untested” and are going for around £9 each. I like that price almost as much as I like the cute sticker of what I presume to be an otter stuck on each one. 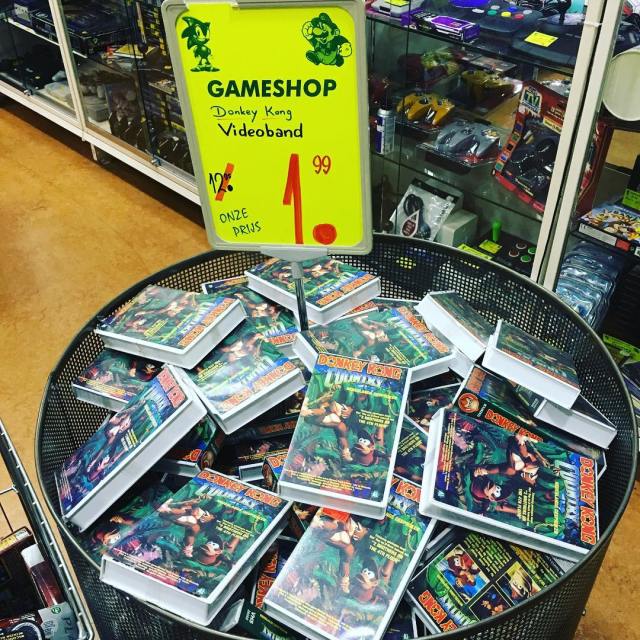 More bargains, although this one is of a more questionable value. Who knows how this Netherlands-based game store, visited by NintenDaan, came into possession of so many VHS copies of the Donkey Kong Country-inspired animated series. Here’s hoping that one of the episodes on the tape features this smooth number. I wonder if Miyamoto’s ever heard that one? 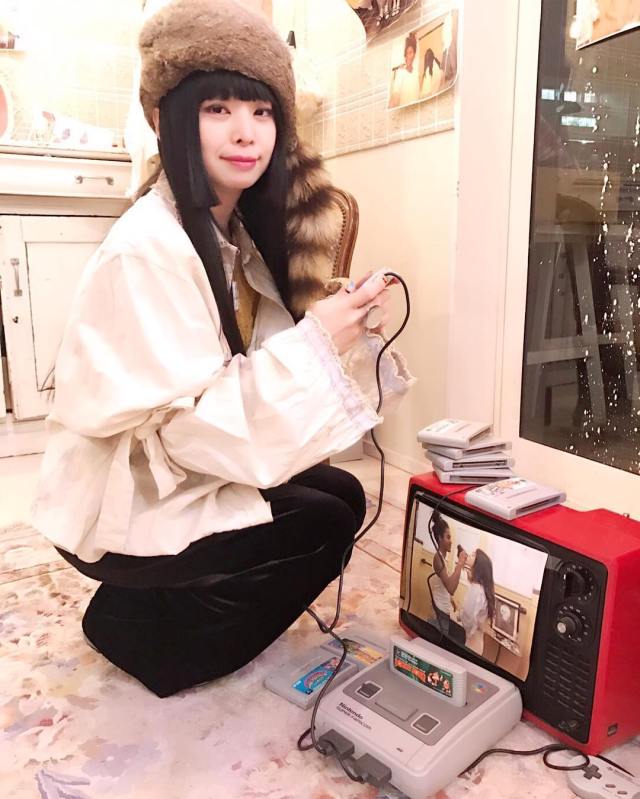 Donkey Kong Country is looking a little more fashionable in this photo alongside KAE, director of Tokyo-based fashion label High-Me, a brand that surprisingly, we’ve actually talked about before. 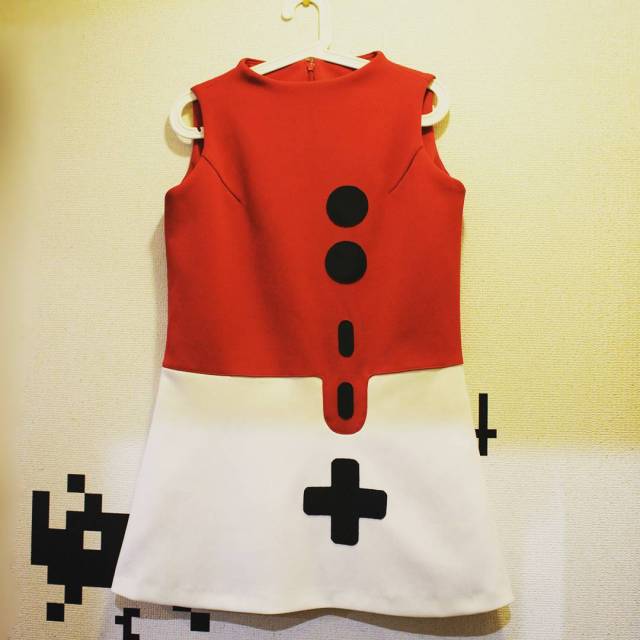 Speaking of fashion, I can’t help but share the understated Famicom motif of this new stage costume designed for Midori Kurihara, vocalist of chiptune group YMCK. 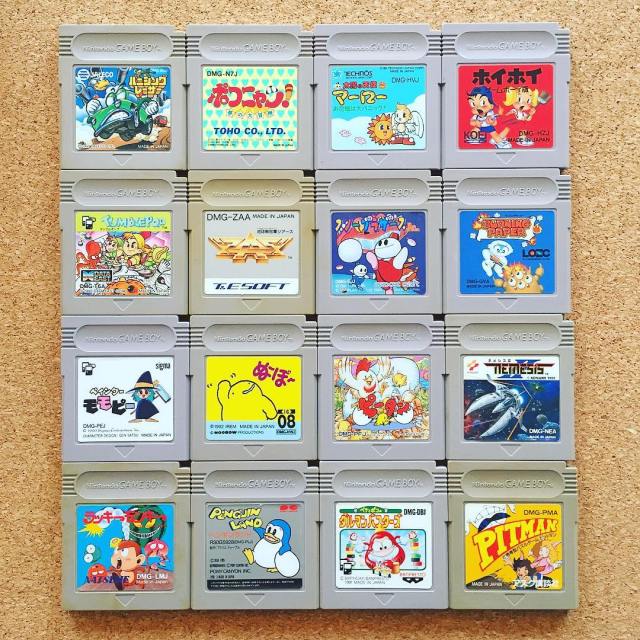 Let’s finish with some carts. First up, a selection of wonderful Japanese Game Boy labels, specifically from m4m4tt‘s pick of the system’s top hidden gems. 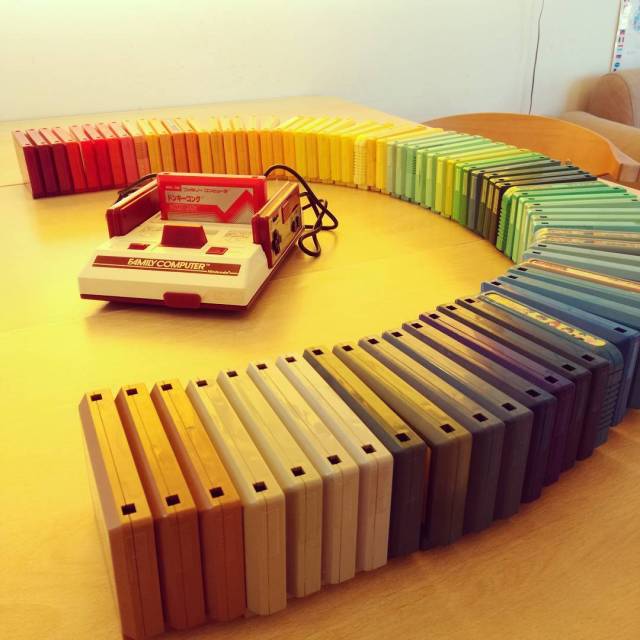 Finally, back to kaj2nd for a rainbow of Famicom games. It’s a joy to see cartridges make something of a return with the upcoming Nintendo Switch, but in my eyes nothing can come close to the energetic yet simple stylings of the Famicom’s library.

Like what you saw? Browse every instalment of Culture Collection for more.