Slice it! was originally created by Com2uS, a South Korean mobile and online game development/publishing company.

The game had over 10 million downloads on iOS and Android platforms as of April 2011. Slice it! had also won the Korean Prime Minister’s Citation in 2010. Now fast forward to 2016 and Aksys Games have published a version of Slice it! for the Nintendo 3DS eShop that was developed in collaboration between Arc System Works and Com2uS. The title makes it’s Nintendo handheld debut on 1/14/16. 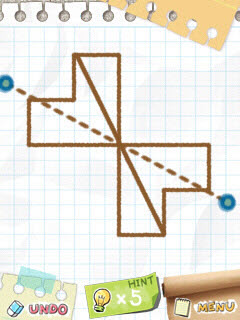 Part of what makes Slice it! so addicting is how simple, clean and intuitive it is.
You get a shape. You’re told how many times you have to cut that shape. The shape must be reduced to “X” amount of pieces when you’re done cutting. And those pieces each need to be about the same size.

The 3DS version contains multiple episodes, each of which has 100 puzzles. The game also has a “Slice it! QUICK” mode where you try to race the clock to complete as many puzzles as you can in 30 seconds. (Which is fun but not easy at all.) 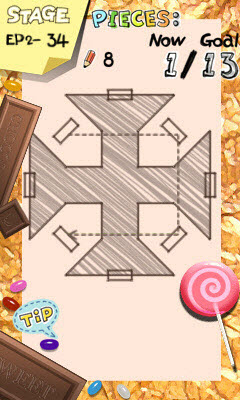 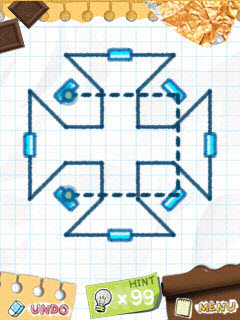 Slice it! has been around for over 5 years now on mobile platforms and is well proven as a fantastic game. Take on a quick puzzle in-between tasks or get lost in cutting up shapes for hours. This title is a joy either way and great exercise for the brain. Plus, you play the game with the 3DS turned sideways in the “book style” which is completely awesome. 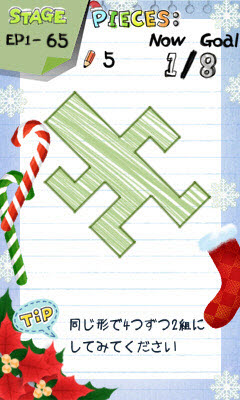 Based on what I can tell Arc System Works has brought the game to the 3DS in faithful form. Great that the game isn’t watered down or compromised but it would have been nice to see them give the game a fresh coat of paint to further set this version apart from it’s original inception. It would be pleasant if the game was given a musical overhaul as well; what little music is on offer is not the type you’ll want to listen to for a great length of time.

Minor gripes aside, Slice it! comes to the 3DS as a faithful port of a game that has proven itself entertaining for years now and is a welcome addition to the system’s puzzle library.