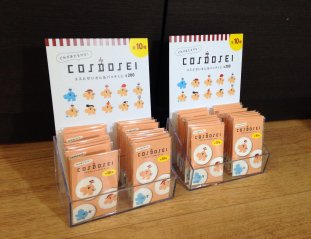 Let’s open this new-style Culture Collection with some great fan-made stuff – although admittedly, Itumo Sobani‘s MOTHER-themed works could easily pass for official merchandise. A whole host of design items and accessories have been created by the self-described coterie, which you can admire for yourself on their online store, but today I want to draw attention to these particularly photogenic Mr. Saturn badges, which come in an assortment cute styles. The MOTHER fanbase have proved continually that, if anything, they are a very creative bunch. 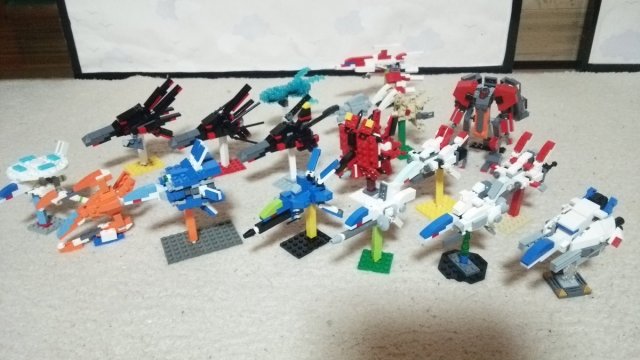 Shoot-’em-up fans will be particularly impressed by KazutoSakairi‘s ongoing project to immortalise all 101 of R-Type Final‘s playable ships in Lego. Something about these well-designed builds reminds me of the sought-after Shooting Game Historica collection of capsule toys. Perhaps if you can’t get hold of something, building your own is the solution.

Some neat key-rings and accessories designed by Chihiro Tanaka for his store [den]. The most recent additions are the ‘After Image’ or ‘Zanzou’ designs, which feature that afterimage effect you get in fighting games. I’ve admired Tanaka’s work for a while now, although regrettably know little about the origins of the [den] store. I am still a little sour that there’s no international shipping though, because there’s some nice apparel on offer.

Birthday celebrations with syrup_frog. 2D Mario serves for a pretty solid way to celebrate another year, and having a cool Super Famicom setup to play it on makes things all the sweeter. Digging that three-eyed Dragon Quest Slime hiding in the back there.

The last picture proved that the Super Famicom is clearly ideal for celebrating, but all good things must come to an end, apparently. I sure hope there’s a good explanation for this picture, shared by applesorce, because it’s making me feel weak at the knees…

Not all game-filled piles are bad though, like this one shared by redretr0. That D-Direct exclusive camouflage print Dreamcast controller is particularly enviable.

Dreamcast controllers of any type seem to look good under a mysterious blue light, as discovered by kageryu. Maybe it’s just the neon colours, but I can’t help but find there’s something a little Blade Runner-like about this one.

Somehow, I’ve managed to keep this spontaneous ‘piles of stuff’ theme going! This one was snapped by Science Patrol – a Tokyo-based vinyl toy design company who have made some pretty cool stuff (give their store a look if you like these kind of things) – on a trip to the Ikebukuro branch of Round 1, an amusement corner chain. I hear these ‘UFO Catcher’ games are supposed to be rigged or unfair, despite being one of Japan’s most popular arcade game types – there’s a whole lot of Kirby in there though, so I feel like it might not be so much of a risk to give up your hard earned dosh.

Of course, some people couldn’t care less about Kirby, like this fellow photographed by Chrono Capsule in Shinjuku station. I suppose that’s an assumption though, for all we know he could be looking at pictures of King Dedede on his phone. 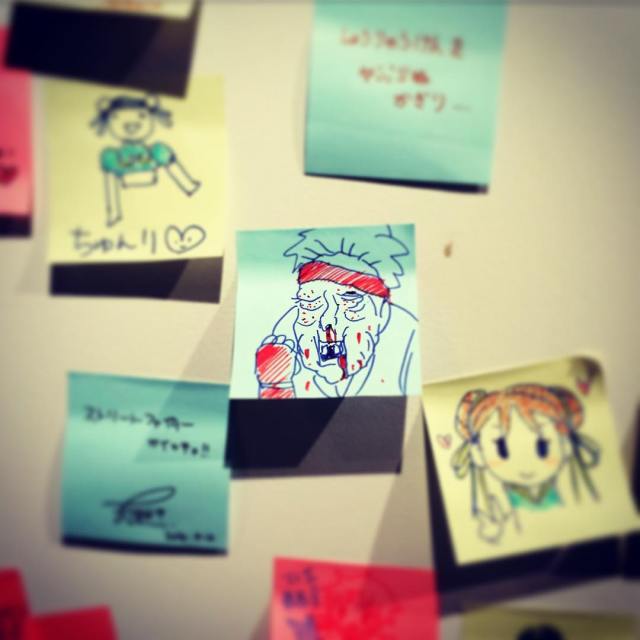 Something else found on a wall now – a worse for wear, post-defeat Ryu in need of some serious R&R. The Chun-Lis found on both his left and right seem to be having a better day. Drawn on a Post-it note stuck to the wall of the METEOR design store in Nakano and photographed by artist/designer Yozi Shimoda.

A different store, this time it’s Nazo no mise, which we talked about not too long ago. Whilst it’s a little off the beaten path, hunipark paid THUNDERBOX‘s flagship a visit and took a great shot of the store’s two-person arcade cab, which really is something special. Every little detail is admirable, from the Penguin Memories plushies adorning the top to the colour combinations of the sticks and buttons.

Another nice-looking place where people play games – Matt Hawkins recently shared some snaps from The Tetris Block Party,  Attract Mode‘s first NYC event in around six years, hosted to celebrate the launch of cartoonist Box Brown‘s Tetris: The Games People Play. It looks like it was a lot of fun and I’m envious of anyone who was able to attend, in particular due to those amazing CRTs on display – the full story behind their unique transparent design has been promised in the not so distant future. If you haven’t already subscribed to Attract Mode’s new Super Attractive Club newsletter then go and do so now, because it really is brilliant.

Famicom double whammy from yasutomokenzi now. Whilst a quick search hardly left me 100% certain, the consensus on what this ‘Multi-Box’ peripheral for the OG Famicom is seems to lean towards it being some kind of wireless RF Modulator. Not sure how well the thing worked, but I love how it fits nicely into the Famicom’s second controller slot. Apparently it’s an incredibly rare item too…

One look at how seriously yasutomokenzi takes their Famicom collecting makes it a lot less surprising that they’d have such a hard to find item. I’d be happy to outright declare that the Famicom has the best-looking cartridges out of any console, and this display method does a great job of showing off the great colour schemes and label art.

Another crazily big collection here, it’s Culture Collection regular kazzycom. The Famicom Disk System’s cross-eyed mascot Diskun doesn’t get nearly enough love, although admittedly I’m surprised to see there was ever a carpet modelled after him – I’m guessing it was used for promotional purposes, and it’s undeniable that its striking yellow looks pretty good up against that Disk Writer kiosk. 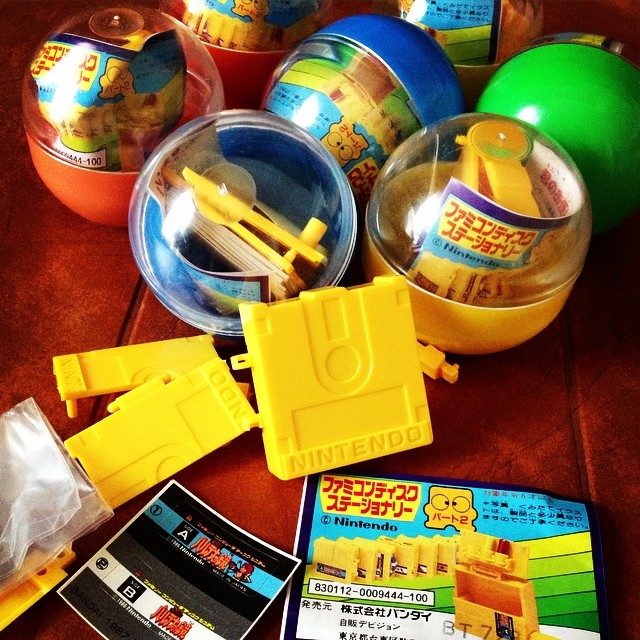 I was just saying how Diskun doesn’t get enough love, but here he is again! The fact that there was a series of capsule toys inspired by Famicom disks is very nice indeed, especially the fact that they gave you little stickers to symbolise what game is on the A and B side, just like on the real disks. Howver lv9hnn, who photographed this in particular, made it known that he hasn’t had an easy time tracking down the whole collection. Dammit Diskun, just when it looked like you were getting popular! That yellow sure is striking though… 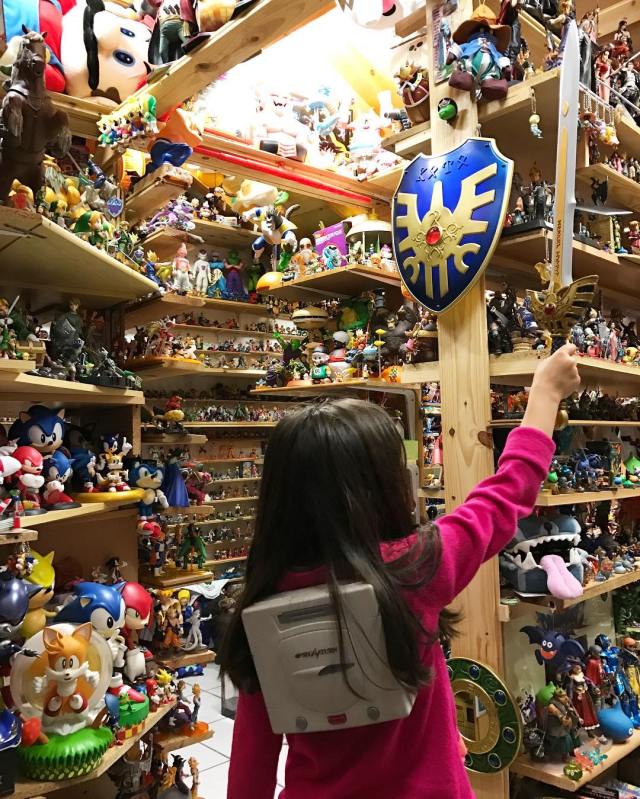 The Sega Saturn is a must-have item for exploration, be it through fantastical lands or brycecorp‘s fantastic collection.

Liked what you saw? Browse every instalment of Culture Collection for more.