It’s about time gloriously over-the-top arcade fighter Hokuto no Ken (Fist of the North Star in the west, based on the 1984 manga of the same name) got some love, but I never expected it to be like this! 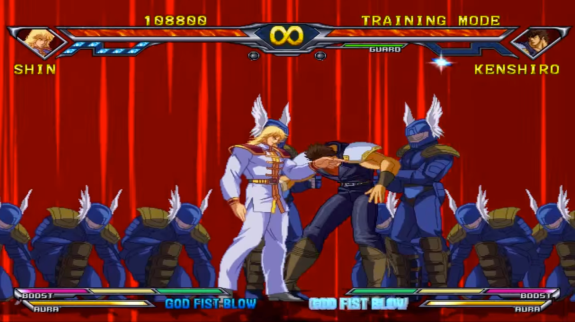 You don’t know it yet, but this is everything you ever wanted in a fighting game.

Whilst the main event was a 3v3 team battle tournament, the venue also played host to an exhibition team battle featuring players aged under 29 fighting against over-30s, which is certainly worth a watch.

Luckily, for those of us not lucky enough to be in the audience to witness this battle of the end of century, the Game Newton team have archived the entire even for your viewing pleasure! You can check it out using the video embedded at the top of this post!

This entry was posted in Video and tagged Arcade, Fighting Games, Fist of the North Star, Japan, Video. Bookmark the permalink.