World peace must be restored! Protect the Earth from aliens and zombies and… perverts!

Smash those who would threaten this planet with rhythm and music and… REALLY HUGE HAMMERS!!

Radiohammer is the perfect kind of game for the 3DS on the eShop. It’s vivid and full of energy. The gameplay is set up to be enjoyable for long sessions or when you only have a few extra minutes to spare. Originally released for iOS and Android in 2014 this great title is now available for 3DS users worldwide. The sequel, Radiohammer Station is also available on mobile devices. 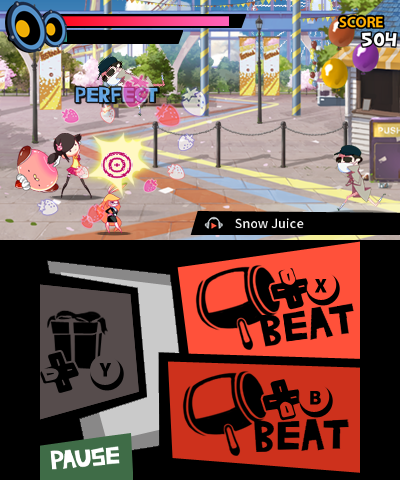 Vinyl Lab of Korea have created the “Vinyl Universe” as a setting for all of their games and in Radiohammer you assume the role of a DJ from that world. Each DJ has their own story that’s played over three episodes with five stages in each episode. The enemies run at you relentlessly and your goal is to smash them as they draw near in time with the beat of the song playing. The game has over 50 songs according to the publisher’s website. 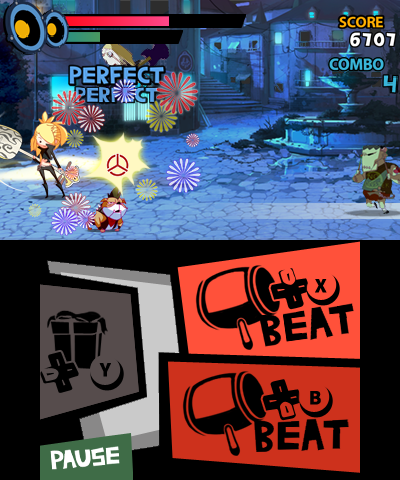 Labeled as a rhythm/fighting game and co-developed by Arc System Works, who are well known for their work in the fighting genre.  The influence of working on BlazBlue and Guilty Gear shows here. Speed, accuracy, stringing together combos, and a pacing the never takes you away from the immersion in the music really make this feel special. I guess the addition of “fighting” to the game’s categorisation is in reference to it’s spirit.

Everything about this title is exceptionally well done but the stand out feature in my opinion is the control; Beat up – assigned to X or up on the D-pad, Beat down – assigned to B or down on the D-pad and Grab presents – assigned to Y or left of the D-pad. All of this can also be done right on the touch screen too, but personally I enjoy left thumb on D-pad up and right thumb on B. That way I never have to move my hands at all and I can just enjoy the music, keep the beat and focus on timing my hits.

This release for the eShop was done pretty quietly and unfortunately a fair chunk of people will miss it. Hopefully this article can help change that in part. Are you a fan of fast paced rhythm games? Enjoy an eye catching whimsical art style that gives you a glimpse into a living fantasy world? Like a game that is just as great on the go in quick bursts as it is while getting all comfy for an extended gaming session? Do you wanna smash perverts with a hammer that looks like a pig?

If that’s the case, then Radiohammer is the right groove for you! 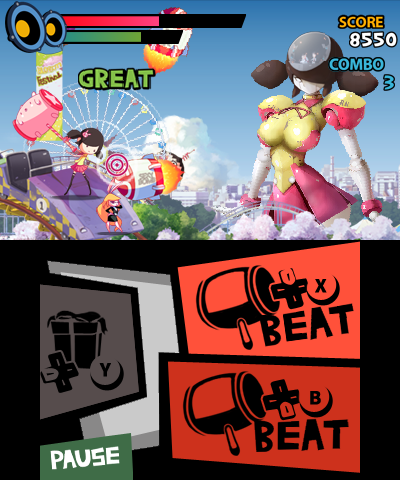