Programmable Series – This Is Just A Tribute

If you have even a passing knowledge of video games, there’s no doubt you are familiar with more than a few iconic characters, whether they be a speedy blue hedgehog or a pair of moustachioed plumbers. Maybe you’ve thought about producing your own game with those iconic characters in a different genre, or perhaps even a crossover game with multitude of characters from different fictional universes. You wouldn’t be the only one who has thought about doing this, and a quick web search may even queue up what you’re looking for. However, if you’ve been keeping up with gaming news you’ll notice that many fan games are being pulled down- particularly, games that use Nintendo’s intellectual properties have been on the chopping block more frequently than ever. We’re going to dive into some of the legality of making fan games as well as what you can do to make your fan game its own unique idea.

Copyright and trademark laws vary based on where you are in the world, as do the related penalties for breaking these laws. Copyright laws are very strict in North America and most of Europe, but much less severe in countries like China. In addition to that, the owners of any copyrights or trademarks may have different approaches to the way they allow others to use their properties. In the United States, Nintendo representatives filed a take-down request with Game Jolt, a website that hosts a wide variety of indie and fan games, under the Digital Millennium Copyright Act (DMCA). This resulted in the removal of 562 games from the website, many of which directly used Nintendo characters, music or other protected resources. Meanwhile, the site still hosts over 9,000 fan games based on the popular PC horror series Five Nights At Freddy’s. This year, Nintendo also had their hand in the removal of two high-profile games long in development – Another Metroid 2 Remake and Pokemon Uranium. There are many ways to view these situations, and Nintendo is well within their right to defend their properties, but it casts a negative image of the company amongst many of the fans. This is especially true when compared to how other large companies handle fan games. 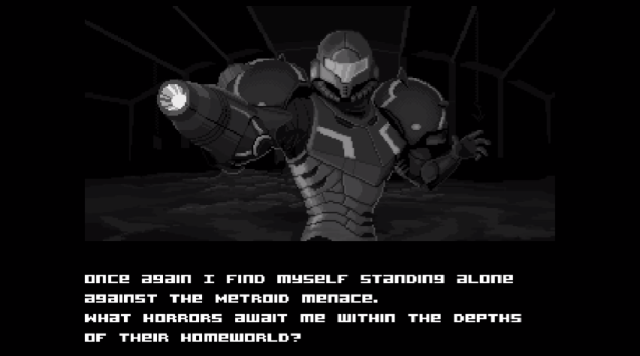 Let’s look at Valve’s approach to fan games as an example. Valve is a very large company that not only makes games, but have the entire Steam platform under its belt. However, we have seen Valve embrace many of the fan games that used its properties. One shining example is Black Mesa, a completely reworked version of Valve’s critically acclaimed Half-Life. During development it received the praise of many of the original game’s fans, as well as the wider gaming press, and ultimately grabbed the attention of Valve itself. Now, along with many other games built using Valve’s Source engine, it can currently be purchased through Valve’s official retail platform. Another major title developed by Valve actually started out as a fan game from a completely different company. Dota 2 is the stand-alone sequel to a Warcraft III community created mod known as Defense Of The Ancients. Valve liked the mod so much they hired the lead developer to start building an entirely new game, which is the Dota 2 we have today. These are just a few examples showing the approach Valve has taken to fan projects. They could take the same approach as other companies and simply shut them down but often times they see those fan games as a chance to build something new and let upcoming developers be creative in the worlds they’ve built.

The last big name we’re going to shine our light on is Sega. Currently there is an engine called the SonicGDK, otherwise known as the 3D Sonic Games Development Kit, which uses the Unreal Development Kit to allow the creation of 3D Sonic The Hedgehog games. At this time Sega seems perfectly fine with this existing, and a selection of full fan games have released featuring Sega’s IP. Going beyond the realm of simply accepting fan games, Sega has gone a step further and for the first time are collaborating with its fans. Sega has recruited several independent developers who have worked on fan projects to work on Sonic Mania, which is expected to release in 2017. Sonic Mania is a return to the 2D gaming that many fans will fondly remember and hopefully, with the development of fans behind it, it will be an enjoyable and successful venture for Sonic fans and Sega, alike.

Now that we’ve looked at some of the different approaches that game companies take, it might appear clear-cut that we simply shouldn’t make fan games using Nintendo IP, but it’s fine to use Sega’s characters and ideas. Unfortunately, that isn’t entirely the case. Company holders change all the time and property owners could change their minds or policies at any moment – the safest thing you can do when building a fan game is to seek permission from whoever owns the copyright or trademark you may be infringing on. Many larger companies can be fiercely protective of their properties and will be reluctant to license them out to anyone who isn’t serious about taking a product using their characters to market. Alternatively, you may find smaller companies or independent developers will be more accommodating, perhaps even going as far as openly allowing the use of their work for fan games. If you’re concerned about the legality of creating a game, it may be a better to dramatically alter your game from the original source material to transform any potentially infringing elements into a completely original ideas, or even simply to not make the game at all. It’s always beneficial to do your research before you’ve spend endless hours on a fan game only to have it shut down. If you’re using your fan game as a basis to build something unique, make sure you don’t release it until you’ve made the appropriate alterations to make it truly original. 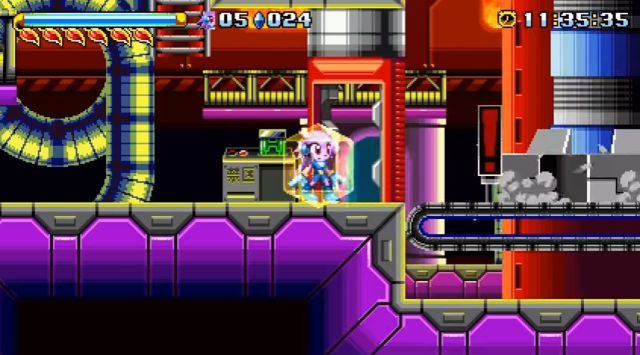 Freedom Planet is a game that started out as a Sonic fan game but was significantly altered during development to become its own entity. It offers a good mix of Sonic-like elements and original content in terms of its play style, which keeps it unique but still slightly familiar in its mechanics in a way that allows it to appeal to Sonic fans. It also uses a graphical style very similar to Sonic games on the Sega Mega Drive. At a glance it could be easy to mistake Freedom Planet for a Sonic spin-off. Similarly, Magnetta could be mistaken for a Mega Man spin-off with its limited colour palette and pixel graphics. It also closely mirrors the classic jump and shoot mechanics of the NES Blue Bomber we’re familiar with, but it’s certainly its own game. These are good examples of using familiar mechanics to make something new, which can serve as a strong incentive for gamers to pick up and play your game if it appeals to them by paying tribute to the classic series they know and love.

It’s always best to create your own game, but don’t be afraid to make a fan game if that’s what you’re setting out to do. We’ve all had grand ideas for characters that aren’t our own that we’d like to see put into action. There’s no harm in doing so, if it’s just for fun, but be prepared for what can happen to your game if you release it to the public without proper alterations or preparations. It’s always good to know the legal implications that can come from violating copyright or trademark laws but chances are the worst thing that will happen is your game gets taken down with a cease and desist order. There is one final thing to consider that really goes without saying; don’t try to sell your fan games – that would certainly land you in some trouble. Keep bringing your ideas to life, designers and developers, whatever they may be!

1 Response to Programmable Series – This Is Just A Tribute