The latest episode of toco toco focuses on Katsura Hashino, a video game designer, producer and writer for Atlus who has worked on the likes of Catherine, the Persona series and Trauma Center: Under the Knife.

Hashino guides us through Sangenjaya, an area of Tokyo that served as the inspiration behind the fictional Yongenjaya, a key location in the recently released Persona 5. He sets out his vision for the game’s setting and the tone he aimed to capture in its environmental design, focusing on the backstreets tucked away within the city’s colossal urban sprawl. 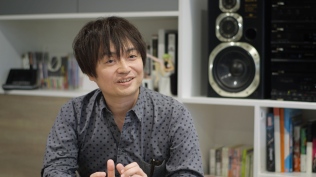 Hashino goes on to introduce the Carrot Tower, a local landmark and home to a popular chain of bookstores that he visits to foster his creativity and appreciate the scale of the city he lives in. The tour concludes with a visit to Atlus’ offices, to learn more about his future projects, including the upcoming PROJECT Re FANTASY.