There’s no better way to spend your weekend than with some portable games. If Game Boy classics are your style, then FamicomSpirits has got you more than covered with this truly envy-inducing mound of carts! Whilst it’s obviously difficult to gauge the quality of this particular collection at a glance considering the sheer number of titles, playing through all of these games is certain to keep you occupied for some time.

It has to be said that when it comes to a portable gaming solution, the original Game Boy isn’t exactly ideal by today’s standards; it’s pretty chunky, not to mention the added weight of having to lug around all those carts (and with a selection as big as FamicomSpirits’, you’ll have to be choosy!). Perhaps you’re simply looking for a more arcade or home-console quality retro gaming experience on the go? Luckily, as recorded by gameagentet, Korean Air have the perfect solution with their in-flight Super Famicom version of Street Fighter II Turbo. Despite the game having ‘Turbo’ in the name, this particular unit runs at an aggravatingly slow pace that’ll undoubtedly make pulling off complex combos a frustrating experience, but I suppose it’s the only alternative to bringing your own SFC onto the plane! I have to wonder if the actual World Warriors from Street Fighter would put up with playing this version of the game when they jet from country to country…

Even 30 years after it’s release, the Famicom is still arguably one of the best-looking consoles Nintendo has ever made, a trend continued by its streamlined re-release, the HVC-101 (AV Famicom). kousuke0314_0314‘s snap of the two Famicom brothers is a simple but stylish one, showcasing their iconic design along with a pair of Bearbrick; I don’t know why this is, but it looks cool! Every so often Kousuke posts a short gameplay clip from a Famicom game, testing his follower’s knowledge by asking them to identify it from a few seconds of footage; this week’s title happened to be the classic Donkey Kong and you can check out previous week’s games on his page or at the links featured. 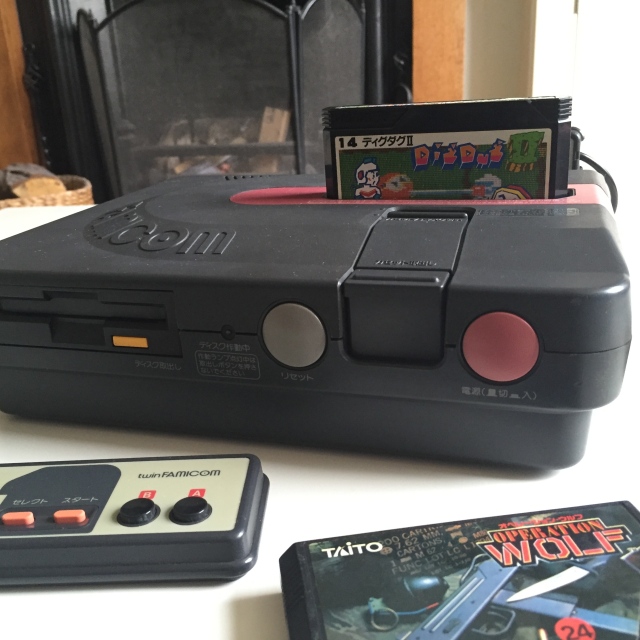 I was inspired by Kousuke to take some Famicom snaps of my own! Recently I’ve been dabbling in a bit of Dig Dug II, the sequel to Namco’s arcade classic that adds island terraforming into the mix for simple but addictive puzzling action. I’ve also been putting my shooting skills to the test with the home version of Taito’s iconic lightgun shooter Operation Wolf. This game’s a real tough one to play using the Famicom controller, but unfortunately a combination of having a flatscreen TV and not owning a Famicom ‘Beam Gun’ (also known by its alternate title, ‘The Gun’, which I prefer for its unnecessarily dramatic tone) I’ve got no other choice if I want to save the POWs!

Some would argue that the Famicom simply isn’t complete without its disk-based counterpart, the Famicom Disk System. The FDS gave birth to some truly beloved titles with its save function, just as The Legend of Zelda, Metroid and Castlevania, along with a whole host of unique titles that never made it westward due to their unique release format. However, I have to question whether or not it’s possible to own too many Famicom Disk Systems, because if it is, Kumao is coming pretty close! The sight of six, complete in box FDSes truly is one to behold, although these units aren’t even the most impressive part of Kumao’s collection, which you can see many pictures of on his Twitter feed. 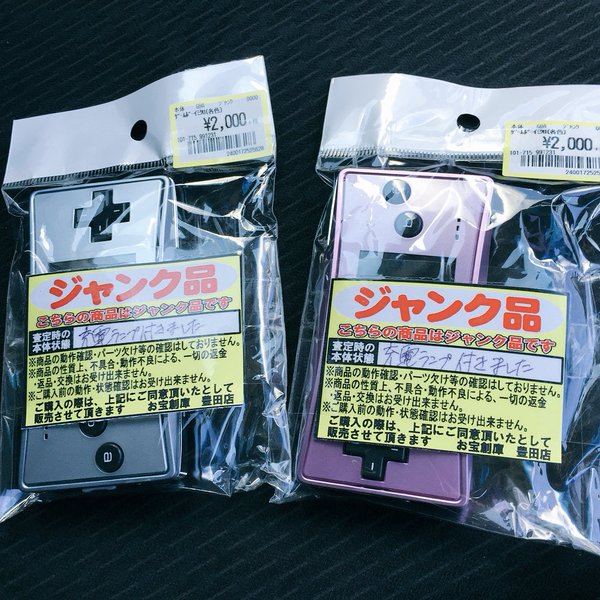 I’ve touched on robopanda777‘s fantastic custom Game Boy work in previous instalments of Culture Collection, but this time I’m highlighting a Game Boy photo of a different variety; this pair of Game Boy Micro systems priced at ¥2,000 each make up one hell of a bargain and one I’m personally very envious of! Even with the rising prices of retro games in Japan, if you’re as capable at repairing and modding consoles as Robopan, the junk sections of hardware stores house more treasure than they do trash! These two units are in great condition for the price they’re being sold at, so this is an incredibly lucky find! 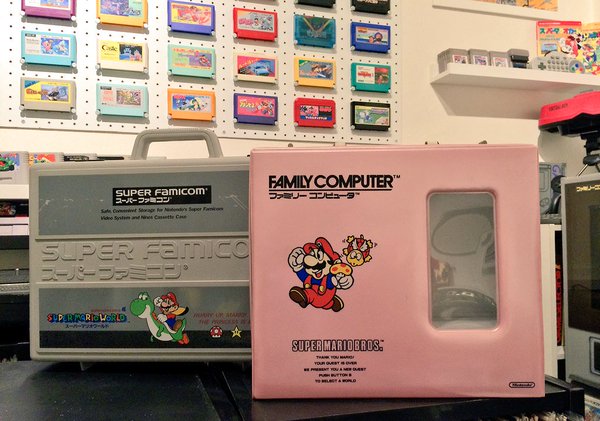 To finish off what has been a fairly Famicom-centric Culture Collection, I had to share kazzycom‘s snap of these gorgeous original carry-cases for the Famicom and Super Famicom. The glimpses of various other parts of Kazzy’s collection (which I’ve highlighted in the past) are enough to get my heart racing, but there’s something truly irresistible about the dated aesthetic of gaming accessories from days gone by. The strange messages printed on the front, especially on the SFC one urging Mario to get a move on with saving the Princess, have a certain innocence about them that just adds to their charm!