In terms of gaming history, this February is a very important month. With the likes of The Legend of Zelda turning 30, Pokémon turning 20 and most importantly, Sonic Riders turning 10 years old, it’s a fitting time to celebrate the impact and legacy of some of our favourite series. This snap by lucifervonhell contains a fair amount of history in itself, showcasing a variety of different incarnations of the original Zelda, notably the first release for the Famicom Disk System (which also turned 30 last week), as well as the GBA Famicom Mini series version which features a neat little replica of the original Famicom version’s box to hold the cartridge in!

With the theme of Famicom/NES classics in mind, this is a great time to showcase these fantastic keshi inspired by Konami’s Contra. Produced by Zoomoth and sold exclusively at the 2016 winter Wonder Festival, these unique mini-figures portray Bill and Lance in a nostalgic manner with a very authentic take on the popular 90s collectable eraser toys. Zoomoth have also produced figures based on popular games of the era such as Demon’s Crest, Castlevania and Splatterhouse, which you can see more pictures of over on samurai_me‘s Instagram page. 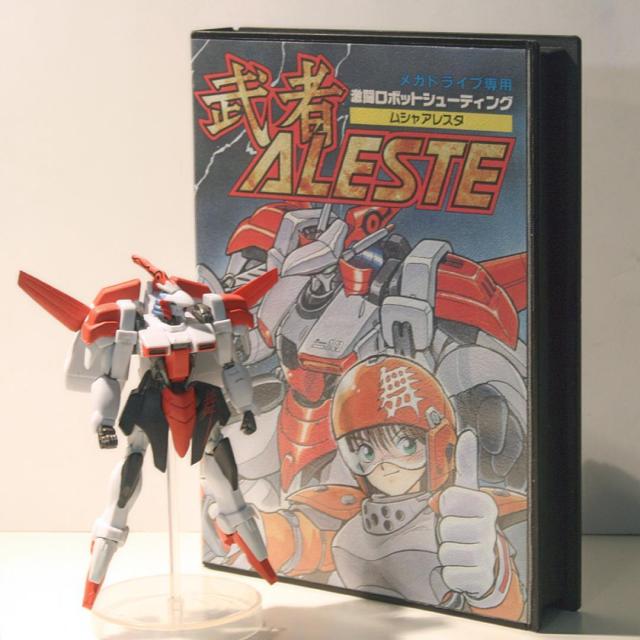 Zoomoth’s keshi aren’t the only video game-themed toys that caught my eye this week; sixteenbit’s PVC figure taken straight out of Compile shoot-’em-up M.U.S.H.A. (known in Japan as Musha Aleste) is certainly envy-inducing, even more so when you consider how hard they are to come by these days! The figure was originally released as part of the Shooting Game Historica gachapon range, with the remarkably detailed line of collectable shoot-’em-up spacecraft becoming understandably sought after amongst shooting game fans. Whilst you can expect to pay a hefty price for one of these figures, when it comes to playing the game itself your best bet is the Wii Virtual Console – acquiring an original Mega Drive cartridge copy of the game is guaranteed to set you back several hundred pounds.

Merchandise is always great (well, almost always), but when it comes to collecting, the consoles are absolutely vital. If this is the case, DD_filia has seemingly every base possibly imaginable covered when it comes to a good choice of consoles. With everything from Nintendo’s classic Color TV-Game 15 to the Bandai Playdia, not to mention a brilliant Boardmaster supergun, it’s no surprise that it takes almost an entire room to lay this collection out. In theory such a large number of consoles would mean you’ll never get bored, but I can’t imagine deciding what to play is an easy decision to make!

Perhaps a simpler gaming setup is more to your taste? Kazzycom’s 90s-style arrangement, in which the Super Famicom takes pride of place (although both the Famicom Twin and original Famicom with Disk System are also on display, just in case you need two different ways to do exactly the same thing!), is ideal for a particularly nostalgic gaming session. Complete with retro magazines and even VHS tapes on display (if I was any older, I’d make a ‘remember those, kids?’ joke), I can’t think of a better way to simulate the feeling of travelling in time than with some old games!