The concept of having something to collect in video games has existed almost as long as video games themselves. Many arcade games and classic console games make collecting items an important aspect or even the main objective of the game. Iconic series such as the Mario or Sonic games have had us collecting coins and rings respectively for many years. However, as time has gone by, the things we collect in video games have changed and even the rewards for collecting have shifted fairly drastically. When you’re looking at designing a game and what incentives there are to progress, collectibles are often the “go-to” choice for many developers.

The term “collect-a-thon” stemmed from a fast-growing library of 3D platform games in the late 90s that had a heavy focus on collecting various objects. This is when collecting things in video games took a sharp turn from being a ‘bonus’ to a requirement. The most popular 3D platform title of the time, Super Mario 64, shifted the Mario series’ focus away from simply reaching the end of a level – the core goal in almost every previous Mario game up to that point – and put the focus on exploring each level multiple times and with multiple different approaches in order to collect ‘Power Stars’. Collect enough stars and you can open the way to more levels, in which you can collect more stars to progress and continue the process. A similar trend can be seen in Spyro the Dragon, Banjo-Kazooie and the infamous Donkey Kong 64. Sometimes these games would also offer incentives for collecting 100% of a required item, like finding Yoshi in Super Mario 64 or getting the “extra” ending in Spyro the Dragon, wheras some games just required you to obtain a minimum amount of a certain collectible to progress.

As a large section of the target audience for video games began to mature, so did the focus of mainstream games. Large budget titles produced in the Playstation 2 and Xbox era of the early 2000’s tended to feature more action oriented content and were aimed more at an older demographic. However, this did not mean an outright shift away from collecting as a key gameplay concept. Ubisoft’s Beyond Good & Evil features a heavy focus on combat, puzzle solving and exploration, but still offered plenty of things to collect, as well as creatures to photograph as you progress through the game – a form of collection portrayed alternatively to the more traditional physical collection of items by using a more unconventional method. Clayton Kauzlaric and Beep Industries’ comedic platformer Voodoo Vince makes use of a more traditional take on collection, requiring physical item collection to increase health and upgrade available abilities. Collectibles are not the main driving force of these games but the act of collection is still a large part of their progression. During this generation of gaming, games had certainly seen a change of focus from the so-called “collect-a-ton” mentality, but a collection aspect often remained present in various forms.

Looking at more recent generations of gaming reveals an obvious divide in the way that collectibles are incorporated into a game’s design. Indie darlings Limbo and Braid showcase two very distinct approaches to collectibles; Braid tasks players with the collection of puzzle pieces scattered throughout it’s levels and collecting those pieces is a requirement to complete the game. Alternatively, Limbo has no required collectibles and instead features eggs hidden throughout it’s levels, simply secret and optional collectibles that offer no bearing on the player’s overall progression, but provide a form of reward for those who attempt the additional challenge of collecting them.

Similar trends can be found in big budget games of the era. Gears of War 2 introduced collectibles to the best-selling third-person shooter series and their presence has remained consistent in the entries that followed. The collectibles in the Gears of War series provide bits of lore and background information to the game, but have no impact the game’s progression or the player’s understanding of the plot, and could be outright ignored if desired. In contrast, the vast number of licensed Lego games are significantly driven by collectibles, with studs, bricks, parts, secret levels, unlockable characters making up a major incentive for partaking in their gameplay.

It can be argued that in more recent times, the inclusion of collectibles has been used to artificially increase the amount of time required to progress or reach the conclusion of a game. The sheer quantity of collectibles found in some games can serve as a immersion-breaking distraction from a title’s more prevalent features as players may be forced to use external sources such as guides and walkthroughs, or even in-game maps to find every last collectible on offer. Notable offenders in this regard include The Evil Within‘s 150 assorted documents and recordings, Alan Wake‘s 300 varying collectible objects ranging from flasks of coffee to manuscripts and TV sets, as well entries as the Assassin‘s Creed series, which are known to feature a wide variety of small challenges and items to physically pick up. The trend between these games is that many of the collectable items they feature simply have no bearing on the player’s overall progression of the core game. 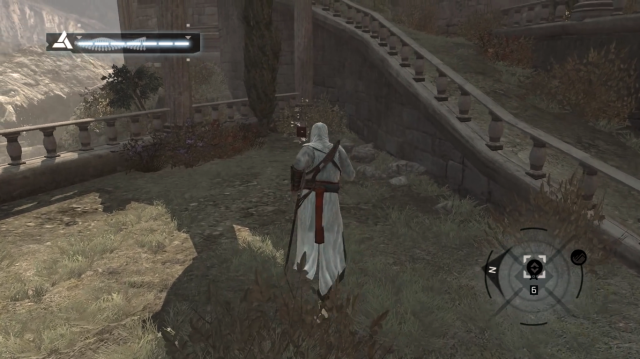 As evidenced by their changing role in games over time, it’s clear that a wide variety of paths can be taken when incorporating collectibles into a game’s design. Whether they are required for progression or not, it’s important to question “what do these collectibles contribute?” when looking to make them part of your game. If you find that collectibles take away from the player’s ability to enjoy progressing through your game’s story, then they should likely be limited or removed completely. If collectibles are a requirement for progress, then they can become a valuable tool for guiding the player through the story whilst they seek out those items. If you intend for collectibles to be a bonus or add some sort of power up to the characters, then it could be expected that the players may need to overcome an obstacle or stray from the main path to get them. In either scenario, you should not expect your players to go to unrealistic measures in order to find those collectibles, nor would it be advisable to deviate from the game’s traditional mechanics in order to obtain them. It’s important to make sure that the feeling of progression remains intact and does not come to a halt because of an item’s placement.

Popular, long-time series such as Metroid or Mega Man can be looked to as strong exmaples of maintaining a sense of progression whilst still featuring collectible items as a key gameplay element. In a Metroid game, collectibles provide options for reaching new areas; even when the player is re-visiting areas they have explored previously, they can still feel as if they are making progress, knowing that new parts of said areas may now be accessible thanks to the collectibles they have attained. In a Mega Man game you usually don’t have to stray to far from the main path to snag a power-up and the small deviation required doesn’t bring the game’s pace to a halt. Collectibles should feel rewarding  and satisfying to obtain. Always keep your audience in mind and consider what encourages them to play a game – elements such as plot or gameplay mechanics may be key to drawing attention to your game, so ensure that collectibles supplement rather than hinder these core components.