The Satellaview has become something of a curio amongst Nintendo fans, both due to a diverse library of interesting titles and content, as well as a somewhat peculiar distribution method that has resulted in a fair amount of said content being simply lost to time. The Satellaview used broadcasts provided by satellite radio company St.GIGA, meaning that a lot of games were distributed for only a limited time, or were available in scheduled time-slots, similar to radio programs.

The Satellaview and its library were never available to gamers outside of Japan, but thanks to the work of small bands of dedicated fans, many of the titles western players missed out on are slowly becoming available to play via emulation. However, despite the intrigue surrounding the Satellaview, the latest title to join this line-up is one that will undoubtedly be familiar with gamers no matter where they are in the world – BS Zelda no Densetsu is a re-telling of the original The Legend of Zelda for NES, complete with a graphical overhaul, new protagonist and even an audio voice over dubbed in its entirety into English. 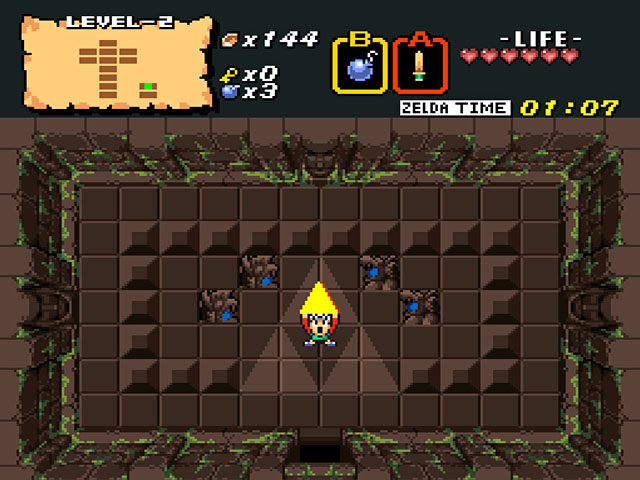 Originally broadcast in 1995 in four weekly episodes (then each with a download time of seven minutes!) that were intended to be played through live, the game sees you play not as Link, but as either the male or female avatar character selected through the Satellaview interface, making this one of the few Zelda titles that allows you to use a female protagonist. Various events exclusive to the Satellaview version of the game are bound to a real-time in-game clock, with various voiceovers offering hints and directions to aid you on your quest. The fact that this voice-over is available in English is something of a breakthrough in Satellaview emulation and allows more players than ever to experience this unique Zelda adventure 21 years after its limited release.

You can find out more about the translation project, as well as how to try it yourself, over at the BS Zelda forum.