Nintendo offered us some engaging conversation last month in an interview with long-time developer Yoshio Sakamoto, translated as part of a short interview series celebrating release of the Nintendo Classic Mini: Nintendo Entertainment System. This particular instalment, which focuses on Balloon Fight, features humorous anecdotes such as Satoru Iwata‘s first encounter with veteran Nintendo designer Gunpei Yokoi and a fascinating closer look at the challenges and experimentation involved in the game’s development. One noteworthy aspect of this piece is the way in which writer Akinori Sao opens his foreword, with the expression “FamiConnichiwa”. Let’s hope this catches on as a greeting soon.

Also released last month was the free Welcome Amiibo expansion for 2013’s Animal Crossing: New Leaf, introducing significant amount of new content to give Nintendo’s staple life sim a surprisingly appealing new lease of life. Producers Katsuya Eguchi and Hisashi Nogami sat down to give their opinion on a number of vital questions about the series. Topics include their favourite furniture sets, preference for catching bugs or fish and naturally, the toughest debate of all – who has the best singing voice, Kapp’n or K.K.? This one is not to be missed.

Fan-made 2D fighters from virtually unknown creators make up some of the genre’s undiscovered finest. With this in mind, I was ecstatic to see Attract Mode feature Arm Joe, the doujin fighting game based on Victor Hugo’s Les Misérables that was developed entirely by one guy who blamed his lack of friends for the massive undertaking. I’d truly love to know what Victor Hugo would make of ‘RoboJean’, should he still be alive today.

Our friends over at Source Gaming had the chance to sit down with Jeff Manning, the voice actor known for his role as the announcer in the original Super Smash Bros., amongst other noteworthy credits in both English and Japanese. With this, the Source Gaming team have interviewed every announcer from the Smash Bros. series to date (Melee‘s Dean Harrington, Brawl‘s Pat Cashman and for Wii U/Nintendo 3DS‘s Xander Mobus) and it’s particularly interesting to hear the story behind how each actor acquired the role, as well as the direction they underwent during the development process. 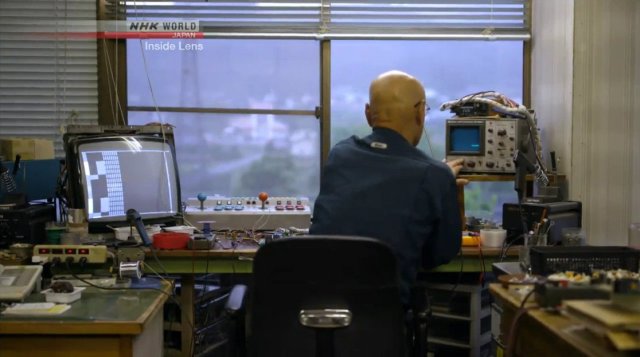 Now for a topic that’s received a much-needed raised profile as of late – game preservation. It’s a sad reality that time is the enemy of many older video games and in order to preserve them for future generations, drastic action needs to be taken sooner rather than later. Stories such as the successful effort to preserve Satellaview-exclusive Kirby titles come as good news and show one example of exciting progress on this front, but there is still much work to be done. NHK World’s special documentary series focusing on the work of filmmakers in and from Asia, Inside Lens, recently put the spotlight on Japanese game preservation efforts with a short film examining the approach of domestic collectors in the nation from where many of the most beloved video games originated. The video is available until the 12th of December, so be sure to catch it before it becomes unavailable.

Finally, a piece from Rachel Simone Weil on an often overlooked NES launch title, Nintendo’s Pinball. It’s interesting to read about the more technical aspects of the game that exist beneath the surface in spite its simple appearance, as well as its role as an influential game to Weil on a personal level.

A UK-based appreciator of video game culture with journalistic ambitions. Creator of Minus World.
View all posts by Oliver Jameson →
This entry was posted in Features, Posts, Reading List and tagged Features, Reading List. Bookmark the permalink.