The Minus World 2016 Christmas Gift Guide

Regardless of who you believe delivers your Christmas presents every year, it seems to be a universally accepted fact that they’re a pretty busy guy/gal. The likelihood is they’re not going to have it easy when it comes to accommodating your niche taste in quality gaming goods, but don’t worry, we’ve got you well and truly covered in our new and improved gift guide for the holiday season.

Whether you’ll be the one doing the gift-giving, or if you’re looking to offer up a festive nudge to the people who care enough to spend their hard earned income on you, this guide offers a delectable selection of must-have games and items that are sure to succeed in spreading some end-of-year cheer – you might even come out after something you didn’t even know you wanted. Your best option for bringing the feeling of lounging in a Parisian café to your living room this Christmas morning. The second instalment of HAL Laboratory’s refined take on the staple Picross formula, which adds more than just an extra dimension to the affair. An upwards of 300 object puzzles, not to mention Nintendo-themed Amiibo puzzles said to be some of the series’ most elaborate yet, are sure to satisfy Picross fiends and newcomers alike. 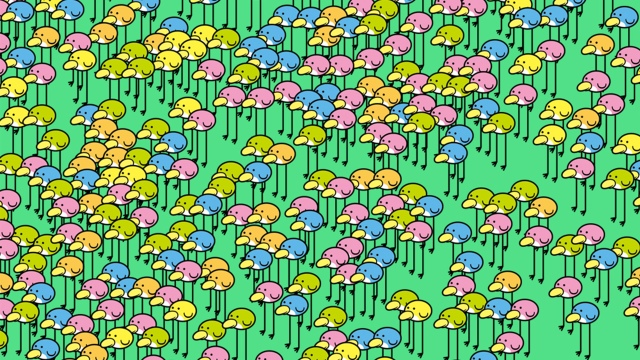 Something a little less calming, but decidedly creative and ideal for anyone with a keen ear for upbeat rhythms of a distinctly Japanese flavour. A compilation of some of the finest stages from across the Rhythm Paradise series’s three previous instalments in conjunction with a handful of original game concepts make this a great entry point for anyone with piqued curiosity about this rhythm game gem. Long-time fans will take great pleasure in knowing that Ko Takeuchi‘s striking art style makes a triumphant return, along with the dual Japanese-English audio functionality found in previous European releases. 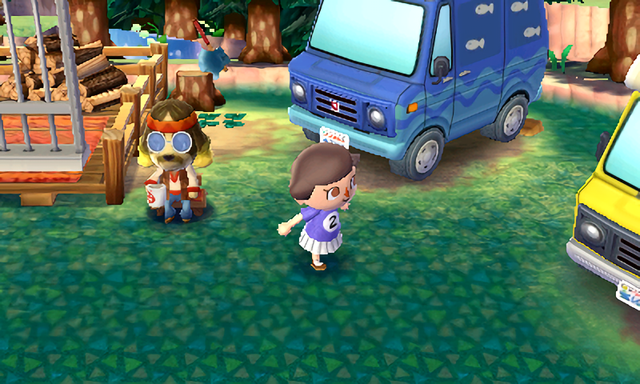 Three years on from its original release, Animal Crossing: New Leaf feels as fresh as ever, in part thanks to the brand new Welcome Amiibo update – perhaps better described as an expansion – that introduces additional features, furniture, characters and Amiibo functionality amongst many other simple yet effective improvements. Animal Crossing Puzzle League, a spin on the Intelligent Systems puzzle classic, serves as an ideal distraction-within-a-distraction for sharp thinkers, whilst a greater depth to the game’s interior design mechanics adapted from 2015’s Happy Home Designer will keep the presentation-focused more than occupied for a good long while. 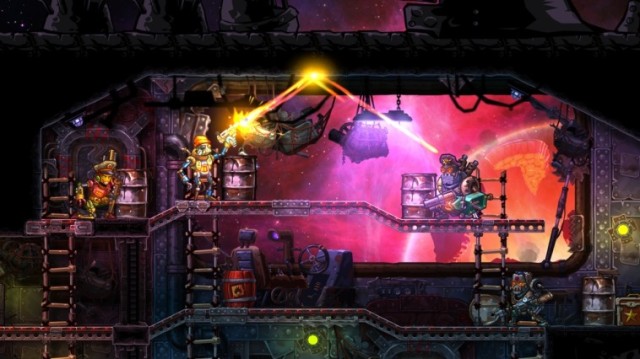 Two of the finest downloadable titles to hit any both Nintendo and Sony platforms in recent years receive a well-deserved retail release. Those who have yet to experience the engrossing atmosphere and intelligent gameplay of the SteamWorld series’s most recent outings (you can read more detailed impressions of Heist in our review of its 3DS version) should not miss out on the opportunity to grab both games in one place, and at an attractive price to boot. 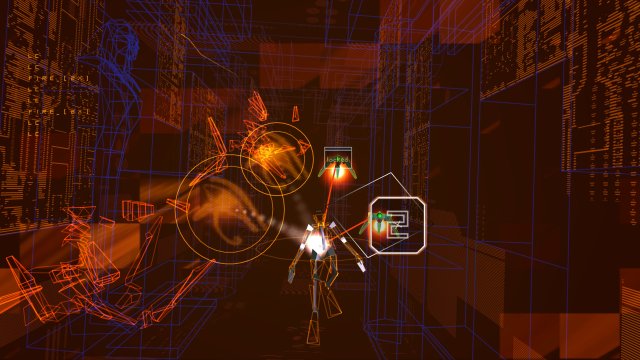 Little needs to be said about the quality of Rez, Tetsuya Mizuguchi’s cult Dreamcast title that’s difficult to pin into one genre. A new, high definition lick of paint, PSVR functionality and a brand new stage – one which showcases design concepts that require experiencing rather than description – makes this the quintessential version of a game that has a reputation for being a challenge to acquire in complete condition. A limited physical release will be particular appealing for collectors and die-hard fans. 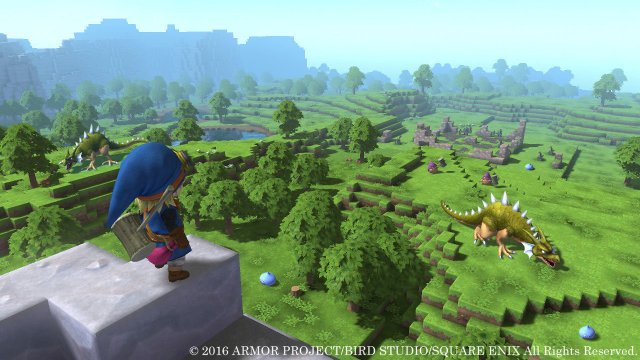 A new direction for Dragon Quest that takes the series’s beloved RPG elements and presentational style and transplants them into a sandbox game with surprisingly resounding success. Series fans young and old will get a kick out of this unexpected spin-off that adds more depth and direction, as well as Dragon Quest‘s iconic enemies and components, to a sandbox formula firmly established and popularised by other construction-based games. 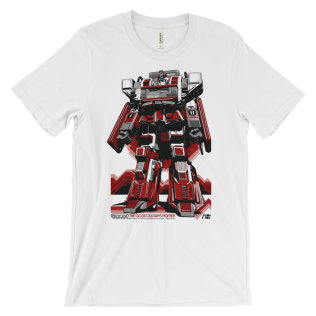 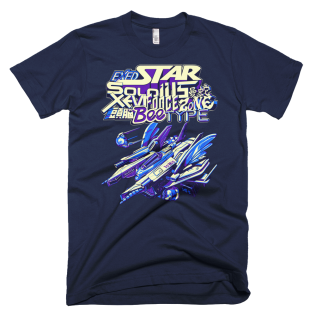 For the longest time, astronomical shipping costs kept MOUNTAIN GRAPHICS‘s gaming-inspired tees out of the hands of potential western admirers. Thanks to Attract Mode‘s brand-new Super Attract Club store, it’s been made a whole lot easier to get your hands on some unique Famicom and shoot-’em-up themed designs, as well as some noteworthy originals by the likes of Kyle Fewell, Lamar Abrams and Kid Dante. 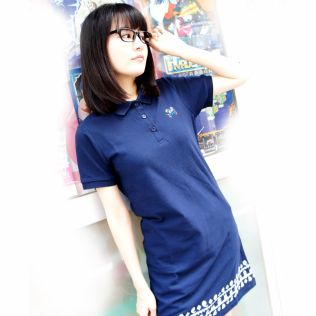 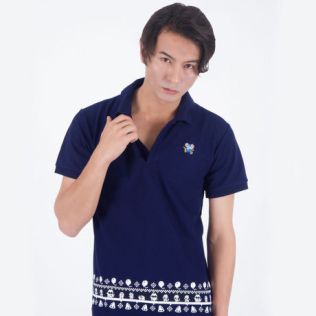 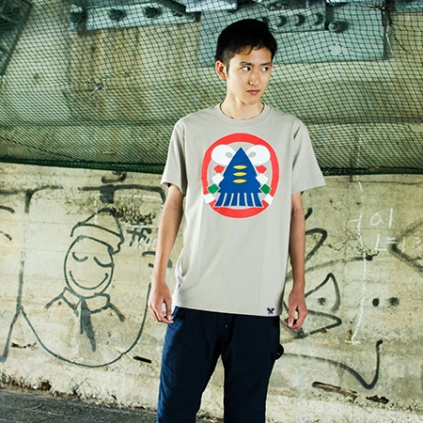 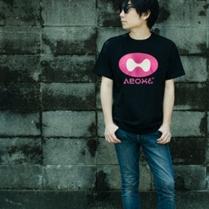 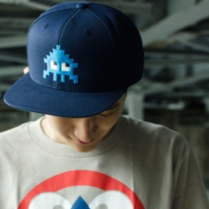 THE KING OF GAMES Splatoon Series

EDITMODE‘s Splatoon apparel line has significantly increased in size since it was featured in last year’s gift guide. Shirts, caps and other merchandise directly inspired by the in-game fashion of Splatoon serve as the best way to show your appreciation for the game’s fresh urban aesthetic. 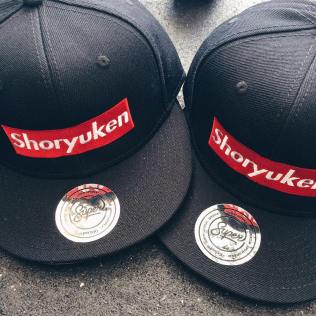 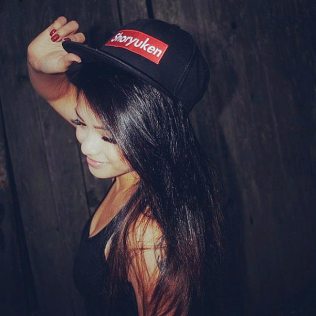 A simple design bringing together street-wear and street-fighting icons. Also available as a t-shirt, which has been a fast seller in the past – place a pre-order to avoid missing out. 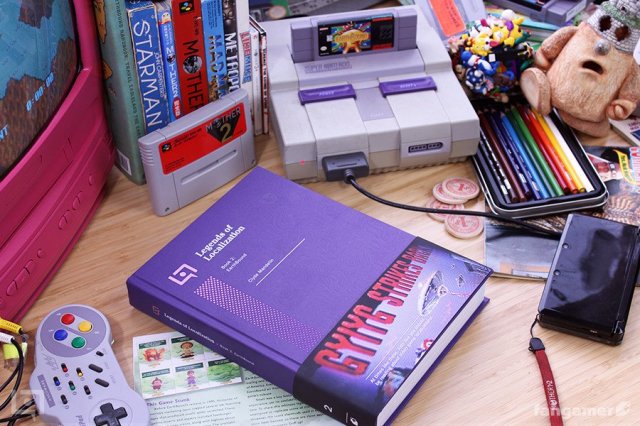 The second instalment in Legends of Localization‘s book series, with the focus this time on cult classic RPG EarthBound. Shigesato Itoi’s masterpiece is known for its wide cultural influences, and the enthralling story behind the game’s English language localisation makes for read enjoyable for EarthBound fans and those with an interest in the deeper localisation process alike. 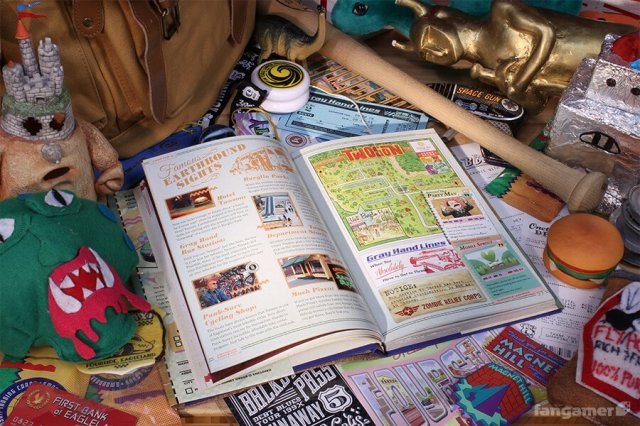 ‘Tis the season for EarthBound-inspired reading. Following on from Fangamer’s successful MOTHER 3 Handbook, this guide to the bizarre 90s Americana of its predecessor excels in capturing the quirky, charming and fun presentation that has made EarthBound so fondly admired long after its release. 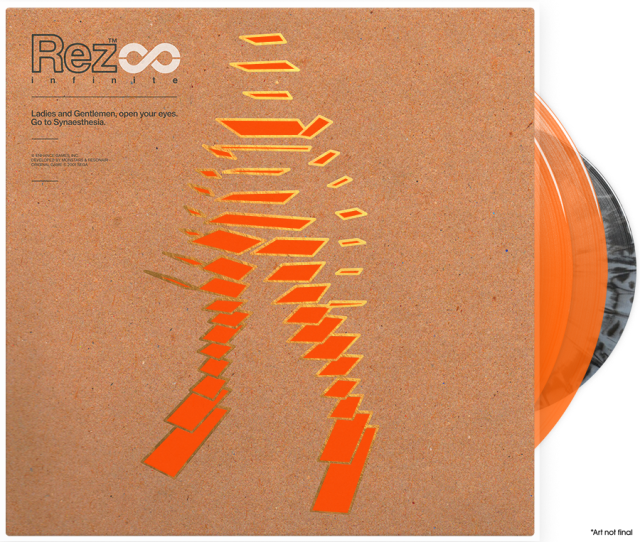 The perfect accompaniment to Rez‘s long-awaited re-release. Encompassing the game’s hypnotic electronic soundtrack on 180-gram vinyl with a 64-page retrospective book capturing the art and words of the original development team – likely to be a real collectors item for long-time fans. 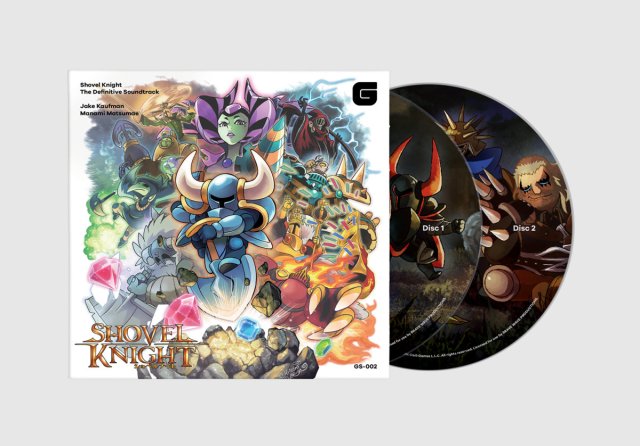 Jake Kaufman’s chiptune soundtrack for the critically acclaimed Shovel Knight excellently embodies the pinnacle of 8-bit era game music – now you can enjoy it to its fullest with this two-disc CD release from Brave Wave, purveyors of quality video game sound. 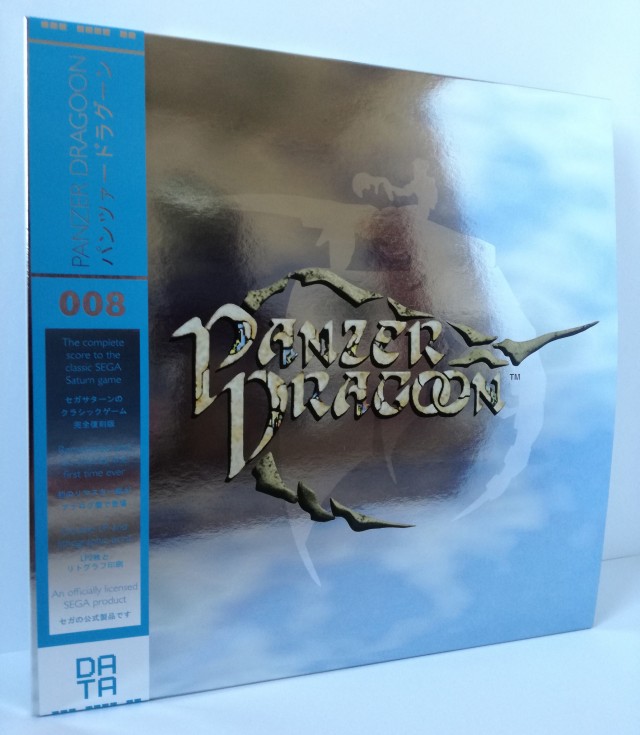 The iconic soundtrack to Panzer Dragoon, known for its use of bold orchestral pieces in conjunction with mesmerising synthesised rhythms, is presented on 180-gram vinyl in the latest wave of DATA DISCS’ high quality SEGA vinyl releases. The late Yoshitaka Azuma’s complete game score is remastered on two discs, with DATA DISCS’ gorgeous sleeve design an added bonus for game music audiophiles. 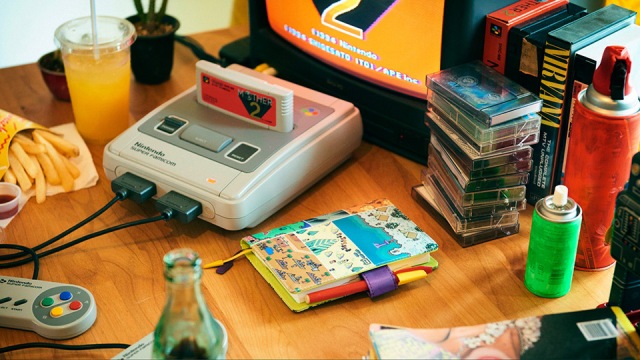 Hobonichi’s life book is back for another year, along with another range of stylish covers to help personalise your planner on the outside as you fill it on the inside. MOTHER 2-inspired designs will no doubt catch the eye of fans of the game, but the rest of the line-up are definitely worth a look too. 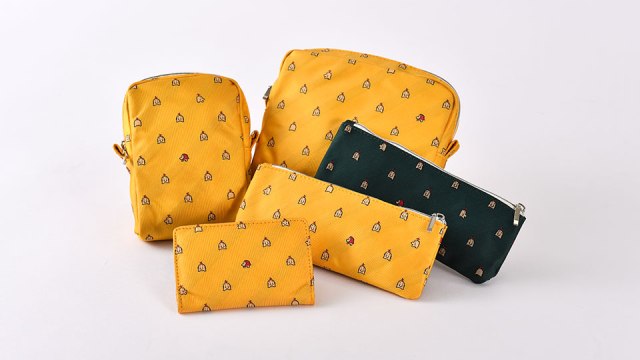 These different sized cases sport a cute Mr. Saturn design and are fit for holding just about anything you can think of. The wide pouch is perfect for storing your DS or 3DS. 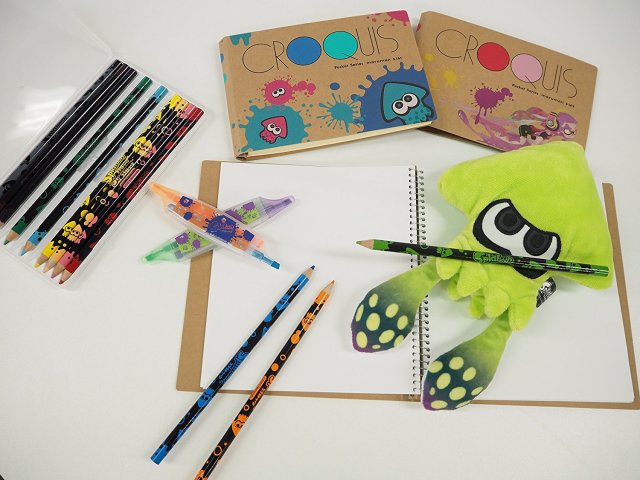 Whether you’re creating art, taking notes or just like looking at stationary like me, make sure you’re doing it in the freshest manner possible with these officially licensed Splatoon supplies. Also keep an eye out for the ballpoint pens and pencil cases releasing soon. 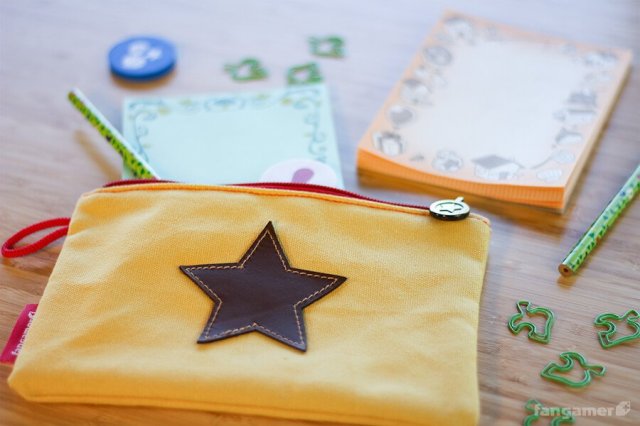 You might like to use your stationary as a statement about your desire to live the gentle village life. If you decide to keep your money in the canvas Bell Pouch, be wary of apron-wearing raccoons offering shady loans. 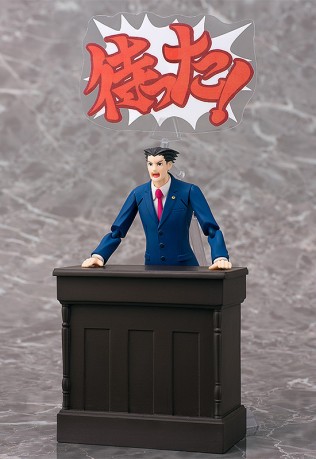 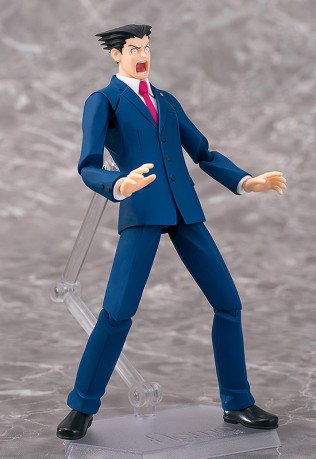 Everyone’s favourite comeback king lawyer Phoenix Wright, immortalised in figma form. We wrote about how the latest instalment in the Ace Attorney series was well suited to fans looking for more in our review, but if you’ve got your own idea for a ferocious court battle you feel needs acting out, this is your best bet. 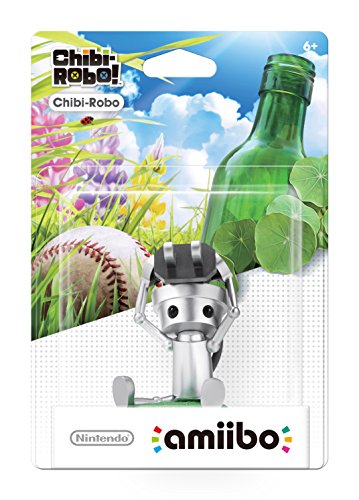 Possibly the only way to keep the Chibi-Robo dream alive.

1 Response to The Minus World 2016 Christmas Gift Guide