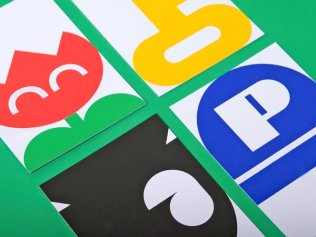 Last Saturday marked 25 years since the release of the Super Famicom, along with its launch titles Super Mario World and F-Zero (which, if you haven’t already checked out, I covered in a retrospective article just the other day!). It’s certainly a much loved system, so it’s understandable that a flood of tributes and memories filled the internet. The day also provided the perfect opportunity to pick up a set of Arkotype‘s gorgeous Super Mario World postcards or print. The occasion may have passed but they’re still lovely design pieces, so check them out for yourself here.

Another fitting tribute to the Super Famicom’s legacy is this cool gjinka piece by miaumiauzmiau, which poses the curious question of what if the classic Nintendo system was a human being instead of a 16-bit gaming machine. No offence to the human race, but people suffer from the disadvantage of being unable to natively play Super Metroid and Assault Suits Valken!

Another anniversary that just passed was that of the Xbox 360! Now whilst it’s true that this was somewhat overshadowed by the Super Famicom’s 25th, (as you might remember from the first instalment of Culture Collection, the 360 had a habit of trailing behind in Japan, poor thing) Microsoft’s seventh-gen offering stood strong on its own merits, with a huge selection of games in all genres. It’s also considered something of a mecca for fans of Cave shoot ’em ups, especially if you can get your hands on the Cave Shooting Collection (pictured above by karous_one, amongst other shoot ’em up titles). Perhaps there’s a future investment to be had in the system?

I’ll use this as a rather cruel opportunity segway into talking about something that will not be gracing Microsoft’s system; Street Fighter V. The game’s 16 character starting roster has almost been fully confirmed, featuring a mix of brand new fighters and classic combatants re-invented for a more modern Street Fighter. One such confirmed character is Russia’s ‘Red Cyclone’, Zangief! Kotobuki_man appears to have built up quite the collection of merchandise related to the speedo-clad bear-wrestler (four words I never thought I’d write on this site in the same sentence and I’m particularly envious of that large Sofubi that takes centre stage!

One significant Street Fighter release this week was Shibuya-based music label Brave Wave Production‘s Street Fighter II: The Definitive Soundtrack, the first in their ‘Generations Series’ of releases. On offer was a beautifully designed set of 4 vinyl LP releases providing a remastered version of the entire Street Fighter II soundtrack (both CPS-1 and CPS-2 arcade board versions, which sound considerably different), as well as a 3-disc CD version too. The latter is still available to buy but the vinyl releases sold out in mere minutes, which is no surprise; it’s great to see a resurgence in video game music re-releases and I hope the trend continues for the foreseeable future.

Some would argue that the only way to play Street Fighter II is on an original arcade cabinet, but I imagine that one of these cabs assembled by invadercap just might not cut it! What they lack in power, they make up in creativity, assembled by hand from presumably laser cut parts. It’s a great idea for a desk tidy and something I know many would snap up in a heartbeat! However, what arcade machine is complete without the classic cab artwork? Luckily invadercap did’t take long to deck their designs out in the proper fashion, essentially creating a mini-arcade of stationary storage. I can’t see this one going out of business any time soon.