The end of last month marked ten years since the European release of Pokémon Diamond and Pearl. The first main entries in Game Freak‘s best-selling franchise to grace the Nintendo DS, Diamond and Pearl have maintained a lasting legacy over the past decade, introducing 107 new collectable Pokémon to the series, a wide range of online features allowing for competition and trading with players from around the world, as well as general interface and quality of life improvements enabled in thanks to the unique form factor of Nintendo’s dual-screened handheld system. 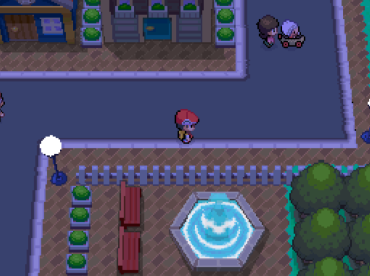 There’s a lot worth praising about Diamond and Pearl on their tenth anniversary, with many of the components of the series that players have grown comfortably accustomed to having originated in these instalments. However, one of the less celebrated ways in which it excels is how it goes about creating a strong sense of place for its players.

Following something of a trend for Pokémon games, the design of Diamond and Pearl‘s fictional setting is deeply rooted in that of a real world location. The game’s Sinnoh region is inspired by Japan’s largest and northernmost island, Hokkaido, taking cues from not only its unique natural geography, but the cultural and aesthetic characteristics of many of its cities and towns. By discovering the distinct influence of real places in Sinnoh’s design, it’s possible to come to understand how Game Freak have been able to craft a world that often feels authentic and human, despite playing host to a game built around outlandish fictional creatures. 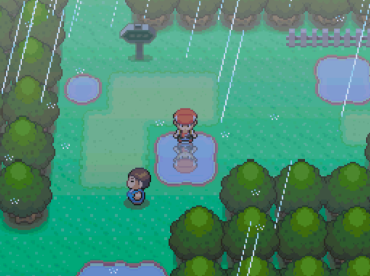 Cut in two by a range of rugged mountains replicating Hokkaido’s own chains of snow-topped peaks and active volcanos, Sinnoh’s environmental architecture very much reflects the close relationship between people and the natural world found on Japan’s northernmost island. The dense woodland leading up to the rustic Eterna City mirrors the lush, verdant surround of Asahikawa. Kushiro‘s humid swampland can be seen in the rain-soaked trail of Route 212 and Sinnoh’s premiere wildlife reserve, the Great Marsh Safari Zone. Notably, the snow-blanketed paths, lined with evergreen trees and shrouded by a relentless blizzard – a first for Pokémon games at the time – that lead to the isolated Snowpoint City serve to capture the bitter winters that Hokkaido faces every year, at times almost Siberian in their climate. 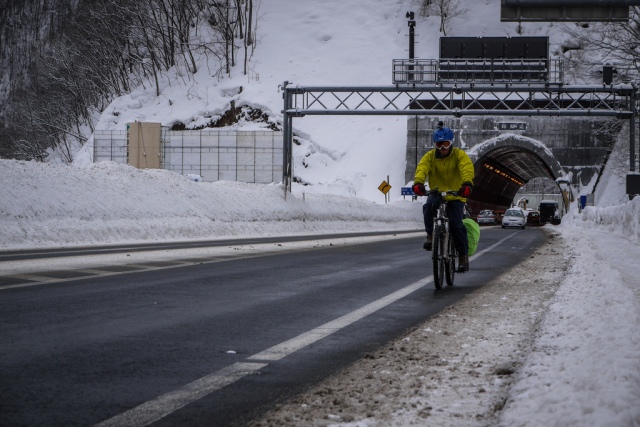 Above: Cycling from Sapporo to Jozankei in the winter (Photo by Robert Thomson)
Hokkaido’s harsh winters served as a chilling inspiration for Pokémon’s first foray into blizzard-like battle conditions. As you trudge through heavy snowfall on the long path to Snowpoint City, marked by frosty pine trees and the calming perimeter of Lake Acuity, it’s easy to get a real sense that you’re travelling north.

Below: The verdant Odori Park carves through the centre of Sapporo City
A relatively young city in comparison to the likes of Tokyo or Kyoto, much of the architecture in and around Hokkaido’s capital of Sapporo has a distinctly western feel. Whilst the city’s Pokémon counterpart of Jubilife lacks the green space and noteworthy fish market, a laid-back vibe and high-tech buildings aplenty give it a few things in common with the so-called “Portland of Asia”. 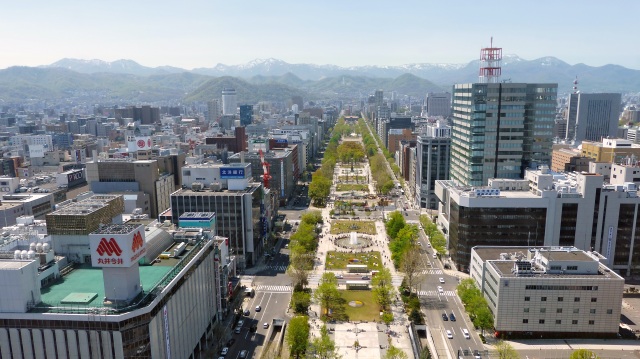 Sinnoh has also taken plenty of inspiration from Hokkaido’s urban spaces. Jubilife‘s wide, elegant streets and pedestrianised areas cut through rows of modern buildings in a manner that can be compared to Sapporo‘s central Odori Park, whereas the vibe of bustling waterfront economic hubs such as Veilstone and Canalave show shades of the northern port city of Abashiri. Even the ornate tile-work and period style street furniture that accent many of the game’s larger cities are not dissimilar from that found along the banks of Otaru‘s popular canal, suggesting a strong intention to capture the unique physical essence of a real place within a distinctly Pokémon-like structure. 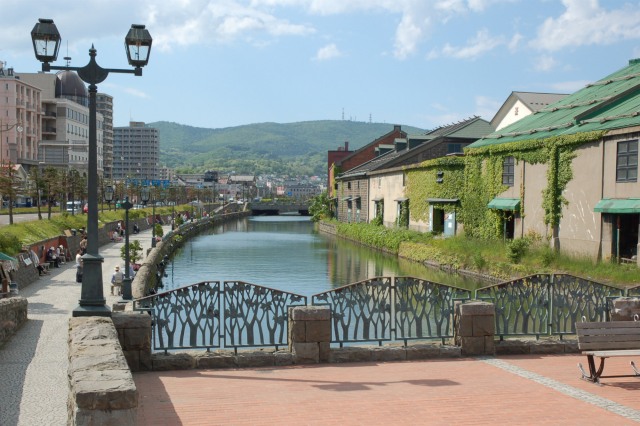 Above: Otaru’s historic canal draws visitors from across Japan
A 1980s restoration project pushed for by the local community has kept the romantic atmosphere of the Otaru Canal alive long since its retirement as a cargo route earlier in the 20th century. Lined with authentic gas lamps lit every evening, as well as a plethora of shops, museums and restaurants occupying former shipping warehouses, its possible to see its influence in a number of Sinnoh’s key locales – structurally, in the historic port of Canalave City, and more aesthetically in larger cities such as Jubilife and Hearthome. 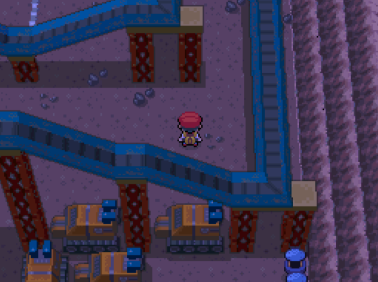 Diamond and Pearl‘s world can even be seen to reflect the Hokkaido of days gone by. The energetic atmosphere of Oreburgh City, home to the game’s first challengeable Pokémon Gym and said to be blessed with an abundance of natural resources, shows what could perhaps be recognised as a glimmer of influence from once prosperous mining cities such as Yūbari and Akabira. In more recent times, these real world cities have been faced with a degree of economic hardship due to waning populations (a long-term effect of mine closures in the 1980s) as well as failures in the tourism industry.  Perhaps it’s unwise to read too much into the near absence of workers in Sinnoh’s iron and energy works – whilst Pokémon games generally shy away from issues of local politics, this is a surprising and perhaps unintentionally accurate reflection of the present day situation faced by some ageing sectors of Japanese industry. 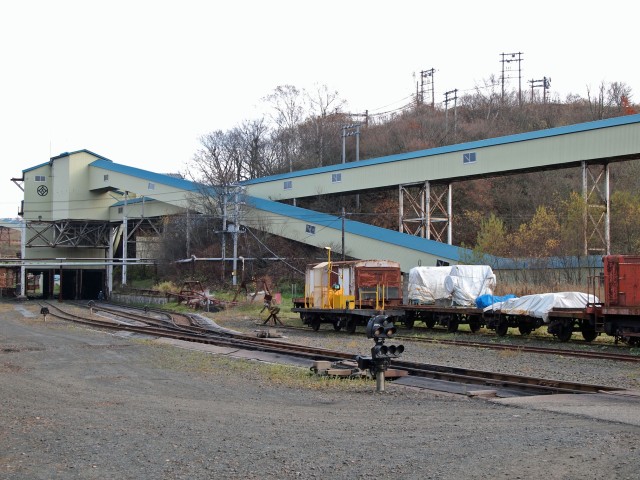 Above: Kushiro Coal Mine
The lively Oreburgh City shows that the existence of Pokémon is far from the only contrast between Sinnoh and the real Hokkaido. The inland location of the northern island’s coal mines historically made material transportation a costly exercise, to the extent that domestic coal was more expensive to produce than simply importing the resource from overseas. Perhaps it’s the presence of said Pokémon that keeps Sinnoh’s mining industry in a more prosperous position than its real world counterpart.

The bite-sized towns and cities found in each Pokémon region generally only consist of a handful of buildings, centred around key landmarks with plot significance. It’s undoubtable that despite breaking down noteworthy elements of real world places and incorporating them into their design, these small clusters of civilisation hardly serve as true representations of the rich culture and history of the places considered home by millions of people. 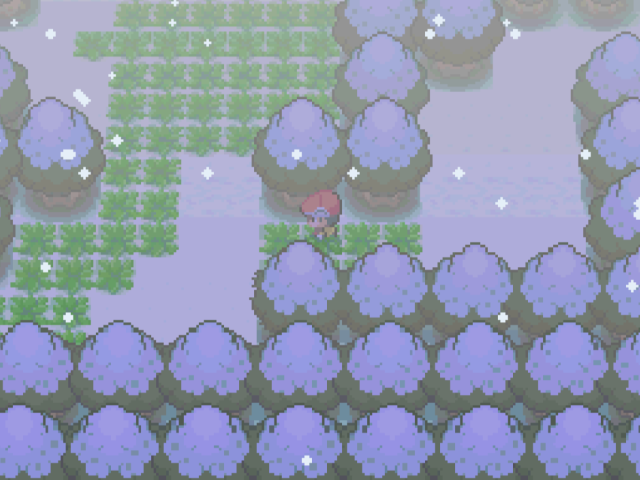 There is a visible difference as a result of utilising this inspiration as opposed to relying purely on improvisation, however; particularly in instances where perhaps the latter would have sufficed, this does not go amiss in establishing locations that have an impression of liveability to them, something well suited to a game that promotes ideas of player self-projection and an adventure intended to feel like a personal accomplishment. 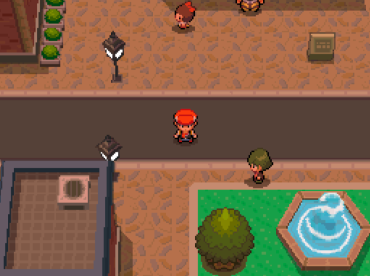 Whilst Pokémon games have shown a recurring tendency to make urban centres bursting with an unfaltering energy for all things Pokémon the intended focus of their world maps, Diamond and Pearl can be seen to take a slightly different approach, championing pockets of tranquility through vast, untamed wilderness that succeeds in both encompassing the essence of Hokkaido’s renown geographical beauty and establishing an apt, believable setting for a story founded on mystery and intrigue surrounding the natural world.

For many, it will be the Pokémon themselves that serve as the defining trait of each unique environment within the Sinnoh region’s expanse. However, by recognising the care and attention put into crafting the detail-rich spaces that these iconic creatures inhabit – many of which take subtle yet effective cues from the man-made and natural world around us – it’s possible to divulge a strong sense of authenticity and relevance that helps to make them so pleasing to both simply exist in and adventure throughout. 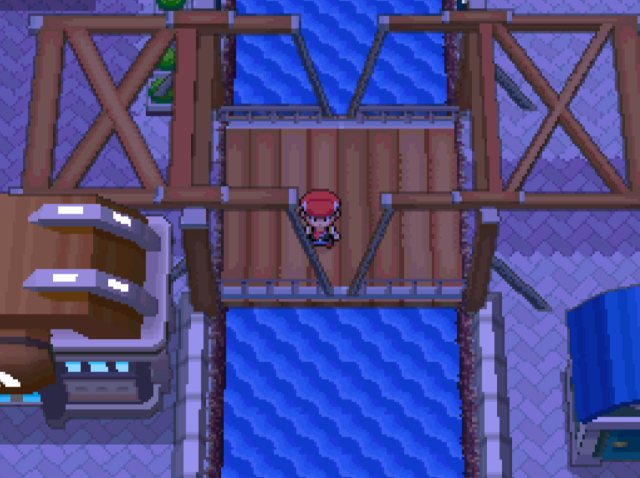